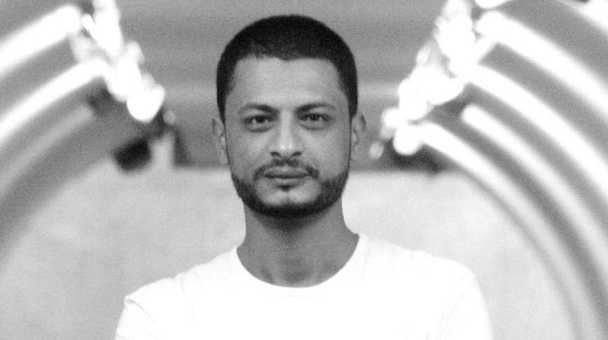 The light doesn’t care how tall the fence is; it’s not hemmed in by steel bars or officers’ uniforms. It cannot be forgotten.

From Galal El-Behairy's ‘A Letter From Tora Prison’, translated anonymously.

Poet and lyricist Galal El-Behairy is currently serving a three-year prison sentence in Egypt. Detained in March 2018, El-Behairy was held incommunicado for a week before appearing before the High State Security, showing signs of severe torture.

Despite criticism from the international community, including UN human rights experts and PEN centres across the globe, El-Behairy remained in detention for five months until July 2018 when he was sentenced to three years and a fine of 10,000 L.E for ‘insulting the military’ and ‘spreading false news’. The charges related to his latest book of poetry The Finest Women on Earth, despite it not yet having been officially published.

Please join us in showing your support and continuing to call for his immediate and unconditional release.

English PEN is proud to have published some of Galal’s poetry in English translation, alongside fellow supporters and PEN centres. Read anonymous translations of his poems below:

Write Galal a message of support and solidarity. Please send your message to [email protected] and we’ll pass it on.

The Egyptian poet Galal El-Behairy is currently detained and faces charges in the Military Court related to his latest book of poetry, ‘The Finest Women on Earth’, published earlier in 2018. El-Behairy likewise faces charges for writing the lyrics for artist Ramy Essam’s song ‘Balaha’ in a separate case investigated by the High State Security Prosecution. He was arrested, beaten and tortured after the release of the song.

On May 6, 2018, El-Behairy was given the information that the verdict will be given on May 9 by the Military Court. Charges against him in the Military Court case include insulting the military and spreading false news.

Ramy Essam’s song and music video Balaha was released on February 26, 2018. Soon after the release of the song, which criticizes the government and policies of Egypt, various pro-state TV hosts launched a smear campaign against Essam and El-Behairy.

On May 6, 2018 Galal El-Behairy attended a trial in the Military Court, and to a great surprise, was given the information that the verdict will be given already in three days, on May 9, on the case that handles the content of his book of poetry. The verdict was then postponed until May 16.

At the same time, El-Behairy is being investigated by the High State Security Prosecution for both ‘The Finest Women on Earth’ and the lyrics he wrote for ‘Balaha’. The High State Security charges against him include joining a terrorist organization, spreading false news, abuse of social media netwofrks, blasphemy, contempt of religion, and insulting the military. An arrest warrant in the same case has been issued against Ramy Essam related to the song ‘Balaha’.

Galal El-Behairy is one of a number of writers currently imprisoned in Egypt. Other cases of particular concern include the blogger and activist Alaa Abd-El Fattah who has been held in pre-trial detention since September 2019. His mother Laila Soueif and aunt, the novelist Ahdaf Soueif, were among those arrested during a protest calling for the release of detainees in order to curb the spread of coronavirus in Egyptian prisons in March 2020. In spite of this, Laila Soueif has continued her attempts to deliver cleaning and medical supplies to her son in the maximum-security Tora prison.

In May 2018, shortly after Galal El-Behairy’s arrest, we joined sister PEN centres and others in sending an open letter to the Egyptian authorities calling for his release. This was followed by a second letter after he was handed a three-year prison sentence in July 2018.

Galal El-Behairy has continued to compose poetry while in detention. PEN has helped to translate and published poems he has written in detention, and highlighted his case at public events including the 2020 English PEN Modern Literature Festival with a performance by fellow writer Helen Palmer. PEN member Guy Gunaratne has written both to and about Galal El-Behairy, including for the Guardian Review’s Week in Books and ArabLit

Most recently, following the death of Shady Habash, English PEN were among more than 60 signatories to an open letter to the Egyptian Minister of Justice calling for the release of Galal El-Behairy and other cases of concern. English PEN was also among the signatories to a letter sent to President Abdel Fattah El-Sisi on the eve of Eid Al-Fitr calling his release and that of web designer Mustafa Gamal. Shortly afterwards, Gamal was ordered released from pre-trial detention. 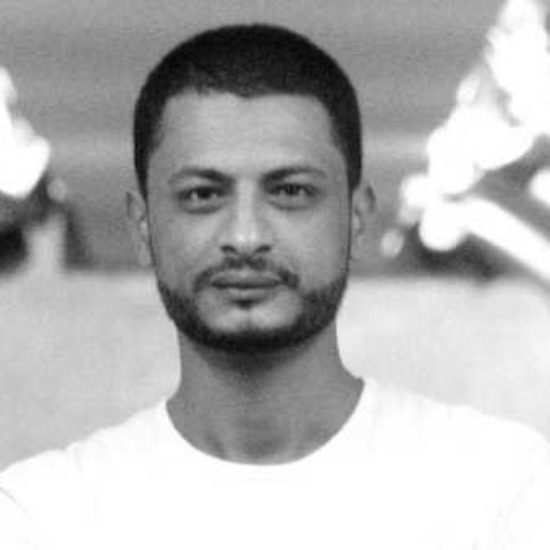