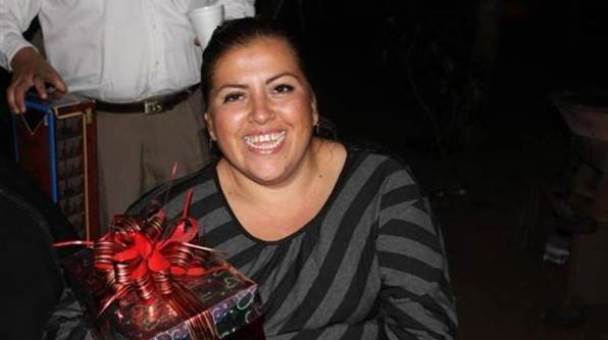 According to reports, the body of Anabel Flores Salazar, a reporter for El Sol de Orizaba, was found on 9 February 2016 in the state of Puebla, adjacent to Flores’ home state of Veracruz. She had been abducted from her home on Monday by armed men.

Once again the world and the Mexican people stand in horror at the killing of another journalist. The Mexican government must put an end to the impunity that exists for crimes against journalists, which makes a sham of democracy.

On learning of the murder Mexican journalist Sanjuana Martinez Montemayor, herself the victim of ongoing harassment and threats, wrote:

Today I will write no more.

The terrifying image of the murdered journalist Ana Flores Salazar is seared on my heart.

I imagine her hours of distress. I imagine the icy breath of death walking beside her, knowing she would be killed. I think of the physical pain caused by the torture to which she was subjected. I think of her two children. And it breaks my heart.

The martyrdom of journalists in Mexico must not continue: sixteen journalists have now been killed in Veracruz. Something has to be done to end the endemic impunity that allows this to keep happening.

Today it was Ana. Who’s next? Do we just stay and wait for the executioner?

We need your support. Advocates of the work we do, those who defend journalists, who defend freedom of expression, who defend press freedom, who defend our right to be informed and to know the truth.

Today, I apologise, I will not write anymore. Today I have the right to mourn.

Her fellow journalists have written an open letter to the Mexican government to condemn the murder of Anabel Flores Salazar and to demand action. Our colleagues at PEN American Centre translated the letter to help amplify their message and highlight the need for Mexican authorities to take immediate action to protect all journalists and investigate Flores Salazar’s murder and those of the many journalists in Mexico who have been violently killed. The original Spanish version is available here.

PEN calls for a full and impartial investigation into her abduction and murder and urges the Mexican authorities to do all in their power to bring those responsible to justice.