Skip to content
Home > News > In memory of Lyra McKee

In memory of Lyra McKee 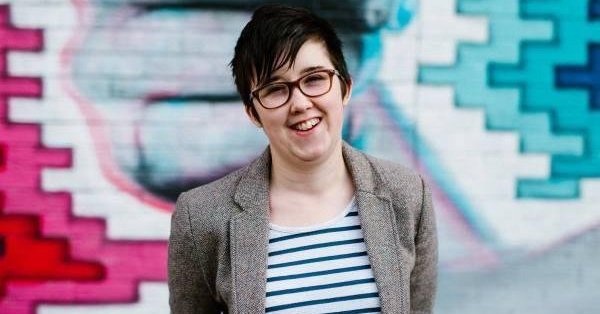 English PEN is shocked and deeply saddened by the news that journalist Lyra McKee was shot and killed in Derry, Northern Ireland on Thursday 18 April. Lyra was an inspiring writer and activist, a tireless advocate for the LGBTI community, and an active member of our advisory group for libel reform in Northern Ireland. Her death is a devastating loss for so many. All our thoughts are with her partner, family and friends, and the countless people whose lives she touched.

Our friends Mike Harris and Padraig Reidy have set up a gofundme page to support Lyra’s family, cover funeral costs, and create a legacy in her memory. Please consider making a donation if you can.

If you would like to send a tribute to Lyra, please do so via cat@englishpen.org

Shocked by the killing of Lyra Mckee, an outstanding writer and a journalist of acute integrity and deep courage. The circumstances of her death remind us of the fragility of the right to peace and protest.

I am saddened by the death of Lyra McKee. She was a defender of truth and free speech. We have lost a talented young journalist.

Lyra McKee was a brave, courageous young woman in every sense. She took on sectarian violence by observing and reporting it, tragically falling victim to a bullet last night. She confronted religious orthodoxy on sexuality and equality, and believed in life, celebrating and affirming it. She had immersed herself in stories from Northern Ireland and had been rightly acclaimed as a person to watch. So much lay ahead of her, and so profound is our loss in her murder. I grieve her passing.

The Northern Ireland Libel Reform Campaign is profoundly shocked and saddened by the murder of our member and long-standing supporter Lyra McKee.

Lyra was a brilliant journalist and writer who had a growing international reputation and an incredibly bright future ahead of her.

Lyra is one of 1,399 courageous journalists killed around the world between 1992 and 2019, a figure that includes another Northern Ireland journalist, Martin O’Hagan, who was murdered in 2001.

As an advocate for civil liberties and human rights, Lyra was passionate about freedom of expression, media freedom and exposing the truth. She played a key role in the campaign to reform the law of libel in Northern Ireland and was an incisive and enthusiastic supporter of our campaign.

Lyra was determined to reform Northern Ireland’s libel laws because of the chilling effect these laws have on freedom of speech in NI, which has the most restrictive defamation legislation in the UK.

She played a key role in backing our campaign to extend the 2013 Defamation Act to Northern Ireland. The act modernises libel laws and adds a number of defences that protect writers, scientists, journalists, members of the public, and others from undue legal harassment.

The NI Libel Reform Campaign wishes to condemn those who robbed Lyra of her most fundamental right, the right to life. Our thoughts and sympathies are extended to Lyra’s partner, family, friends and everyone who knew her.

– Mike Harris and Paul Connolly, on behalf of the Ni Libel Reform Committee