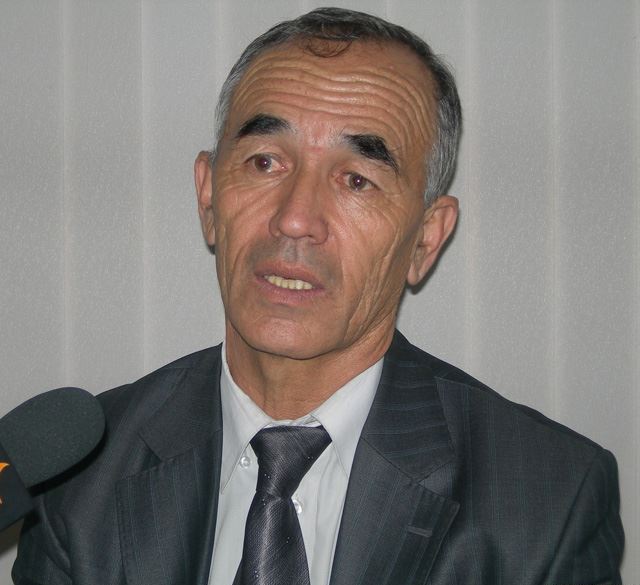 On 13 May 2020, the Supreme Court of Kyrgyzstan decided to uphold a regional court‚Äôs ruling not to review the life sentence of Azimjon Askarov. Convicted after a trial that Salil Tripathi, Chair of PEN International‚Äôs Writers in Prison Committee, called ‘a mockery of justice’, PEN condemns the Supreme Court‚Äôs decision and calls on Kyrgyzstan‚Äôs authorities to immediately and unconditionally release the journalist and human rights defender.

We are deeply saddened by the Supreme’s Court decision not to review Azimjon Askarov’s life sentence, despite him having already spent almost a decade in detention. We will continue to call for his release ahead of the tenth anniversary of his arrest next month, and to stand in solidarity with him and his loved ones.

Almost a decade after his arrest, he should not have to remain one more day behind bars, especially since his health is deteriorating. Justice for Askarov is long overdue.

Sunday 17 May 2020 is Azimjon Askarov‚Äôs 69th birthday. To mark this occasion, please join us in sending him your wishes and messages of solidarity and support.

In a rare interview from prison, Askarov recently said:

What fool in prison would say he is happy? [Yet] I am actually happy, because people on five continents stand in solidarity with me and support me spiritually with their letters. Even though I am in prison, I feel the freedom of my soul. In prison I gained a new family that wholeheartedly supports me. Every letter is priceless to me [‚Ä¶] In reading some of the letters, I could not keep tears of joy from my eyes. I give the letters to my children for safekeeping.

Emails can be sent to MessageForAskarov@protonmail.com and their contents will be delivered to him in detention. (This address will only be in function temporarily.)

Cards or letters can be sent to:

A member of Kyrgyzstan‚Äôs Uzbek minority, Azimjon Askarov spent his career exposing corruption. He was arrested on 15 June 2010 during the inter-ethnic conflict that swept Osh and Jalal-Abad provinces in southern Kyrgyzstan, during which hundreds of people were killed. On 15 September 2010, Azimjon Askarov was found guilty of instigating ethnic hatred, inciting disorder and being complicit in the murder of a police officer.

An official investigation commissioned by the Kyrgyz government‚Äôs human rights ombudsman concluded that Azimjon Askarov was not at the scene prior to the police officer‚Äôs murder and, therefore, that he had played no role in the killing. In March 2016, the UN Human Rights Committee found that Azimjon Askarov had been arbitrarily detained, tortured, mistreated, and prevented from adequately preparing his defence as well as being denied treatment for serious medical conditions.

The PEN Community has been actively campaigning on Azimjon Askarov‚Äôs behalf, notably featuring his plight at PEN‚Äôs 80th International Congress in 2014 in Bishkek, Kyrgyzstan, and raising his case directly with both the President and General Prosecutor at the time.

On 12 July 2016, Kyrgyzstan‚Äôs Supreme Court ordered Azimjon Askarov‚Äôs retrial, only for the verdict to be upheld on 24 January 2017. His case was given a new hearing after changes to Kyrgyzstan‚Äôs Criminal Code came into force in January 2019. The Chui regional court in northern Kyrgyzstan upheld once again his life sentence on 30 July 2019.