Maintaining the Authority and Impartiality of the Judiciary 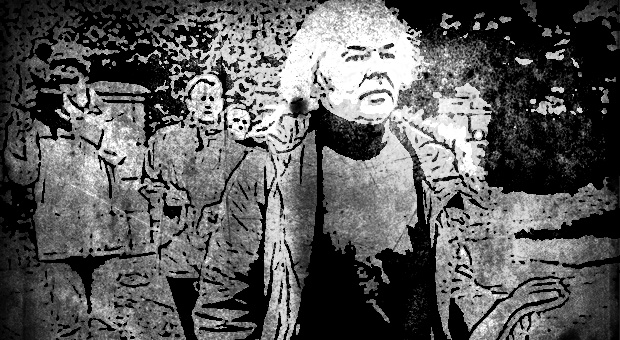 The law of contempt safeguards the authority of the justice system. It is designed to prevent trial by media. It is used to prevent the publication of material that might unfairly influence the outcome of court proceedings.

Contempt is a criminal offence carrying a maximum sentence of two years imprisonment or an unlimited fine. If a contemptuous publication is deemed to have seriously prejudiced court proceedings the resulting convictions may be quashed. The vitriolic reporting in the lead up to the trial of West Midlands police officers for perverting the course of justice in the Birmingham Six case led the judge to conclude that a fair trial was impossible. The courts usually take a more robust approach; Rosemary West’s convictions of multiple murders were upheld despite sensational reporting and Abu Hamza, former Imam of the Finsbury Park Mosque, was unsuccessful in his attempts to quash his convictions following prolific prejudicial reporting.

THE CONTEMPT OF COURT ACT 1981

The criminal act under the Contempt of Court Act 1981 (“the CCA”) is the publication of material that creates a substantial risk that justice, in relation to a case presently before the courts, will be seriously impeded or prejudiced. There is no need to show that prejudice has actually been caused nor that the publisher intended to cause prejudice. Contempt under the CCA can only arise when proceedings are active. In criminal proceedings this means any time after an individual has been arrested and in civil proceedings it means any time after the date for a hearing has been set.

The publication of prejudicial information about someone awaiting jury trial is the most dangerous because jurors are considered to be susceptible to media influence. However, judges are assumed to be less easy to influence and therefore a publication in relation to a case heard only by a judge would have to be false and intemperate before contempt proceedings would be considered. No publisher or broadcaster has been punished for contempt of an appeal court for 60 years.

Where there is a risk of contempt the Attorney General can obtain orders restricting reporting, seek an injunction to restrain a planned publication, and issue warnings to the media regarding coverage of high-profile cases. Such warnings were given in respect of the ‘Yorkshire Ripper’ case, the case of Frederick and Rosemary West, the Soham murders in 2002, and the murder of Joanna Yates in 2010. This warning did not prevent The Sun and The Daily Mirror being found guilty of contempt for publishing prejudicial assertions about Christopher Jefferies when he was a suspect in the Yeates murder.

The CCA provides a public interest defence: “A publication made as or as part of a discussion in good faith of public affairs or other matters of general public interest is not to be treated as contempt of court under the strict liability rule if the risk of impediment or prejudice is merely incidental to the discussion.” Where a piece merely discusses a particular case and makes no reference to wider issues this defence will not be available. In order to rely on the defence the publication must contain a ‘discussion’.

The case of the appropriately named Mr. Fagin provides a good illustration of what constitutes contempt. Fagin had been charged with stealing wine from Buckingham Palace. The Sun described Fagin as a ‘junkie’, a glib liar and a cigar thief. None of these descriptions were found to be contemptuous because they did not relate to the matters before the jury. The Daily Star referred to an alleged confession by Fagin to theft of the wine. This went to the heart of the case against him and was therefore contempt. The Mail on Sunday alleged that Fagin had had a homosexual affair with the Queen’s bodyguard. This was found to be contempt in principle but the paper successfully relied on the public interest defence because the story was part of a matter of public interest – the Queen’s safety.

There are no hard and fast rules about what is contemptuous but there are areas that present clear risks for the writer and should be navigated with care:

The decision to prosecute

The Crown Prosecution Service and the Director of Public Prosecutions play a public role and as such can be criticised with some latitude. Writers can criticise the decision to prosecute as long they do not trespass into criticising prosecution witnesses or attempting to influence their evidence.

Any publication that seeks to deter or intimidate witnesses (or jurors) will be vulnerable to contempt proceedings. Paying witnesses for their stories before they give evidence has been the subject of criticism but not prosecution. In the trial of Rosemary West nineteen witnesses had received money from the media but this did not undermine their credibility enough for her conviction to be quashed.

Predicting the outcome of a trial

Predicting the outcome of a trial is likely to be contempt because it creates an expectation that may influence the jury. It is not necessarily contempt to publish a book by or about a defendant prior to a trial. John Stonehouse MP, for example, published an account of his disappearance before his insurance fraud trial. However, comment on matters before the jury should be avoided, as should overt attempts to elicit support for either side.

Writers should avoid publishing a defendant’s previous convictions prior to a trial. TheSun reported snooker player Ronnie O’Sullivan’s desire to win the Master’s title in celebration of his mother’s release from prison for VAT evasion. Unfortunately Mrs O’Sullivan was in the middle of a trial for dealing in obscene magazines and the jury should have been kept ignorant of her previous conviction. The jury had to be discharged and TheSun was fined £10,000.

Payments into court made as part of offers to settle must be kept secret. Any publication that discloses the fact of the payment runs a serious risk of contempt.

The following factors will be taken into account when a court considers whether a publication is contemptuous:

The proximity of the publication to the proceedings

Prosecutions are unlikely to be brought where there is a time lag of ten months or more between publication and proceedings. Prejudicial publication during a trial is the most likely to create a risk. Those publishing on the internet should remember that potentially prejudicial publicity may not be contemptuous when published long before a trial, but if found on a website by a curious juror during a trial, it may be. It is therefore advisable for all such material to be removed from website archives.

The circulation and readership of the publication

When the subject matter concerns a jury trial writers must be cautious of the circulation of their publications. In order to help publishers assess any potential impact, the administrators of each Crown Court should be able to identify the geographical area from which its jurors are drawn.

The use of language

Inflammatory, hyperbolic and misleading language will aggravate the risk of contempt. The Sun headline pronouncing “Got the Bastards!” when arrests were made for the attempted terrorist bombing in London 2005 was contemptuous because it assumed their guilt before they had been tried.

The celebrity status of the defendant or speaker

In 1996 the Court of Appeal found the makers of the satirical news programme Have I Got News for You guilty of contempt for making a joke that the Maxwell brothers (who were being tried for the Mirror Group pension fraud) were obviously guilty. The Court held that the celebrity status of the speakers (Ian Hislop and Angus Deayton) meant that their prejudicial remarks would have a disproportionately wide impact, even though the programme was broadcast six months before the trial.

This offence would only occur if a publisher actively sought to influence litigation. In 1988 The Sun was found guilty of deliberate contempt after it calculatedly whipped up hostility against a doctor who it had already decided to privately prosecute.

No cases have been brought for this form of contempt since 1991.

SCANDALOUS ATTACKS ON THE JUDICIARY

This is an anachronistic relic of the eighteenth century. In 1900 the Birmingham Daily Argus was fined for contempt for describing Mr Justice Darling as “an impudent little man in horse hair” who was “a microcosm of conceit and empty-headedness”. Nowadays, honest and temperate criticism of the justice system can be published without risk of prosecution. This offence has not been prosecuted in the UK for sixty years.

It is an offence for a writer “to obtain, disclose or solicit any particulars of statements made, opinions expressed, arguments advanced or votes cast by members of a jury in the course of their deliberations in any legal proceedings.” This includes anonymous accounts of un-named trials. The rule is restricted to deliberations and so writers are not prevented from publishing a juror’s view of the desirability of the prosecution, the quality of the advocates or the length of the sentence. The ‘Facebook juror’ was sentenced to eight months imprisonment for this offence in June 2011.

FRUSTRATION OF A COURT ORDER

Where the Attorney General gets an injunction preventing one organ of the media from publishing something, other publishers may be in contempt if they publish that material. In order to be in contempt such a publisher must intend to prejudice imminent proceedings and a real risk of prejudice must arise. This type of contempt arose out of the Spycatcher litigation.

Next week: Sources of Advice and Information