Preventing the Disclosure of Information Received in Confidence 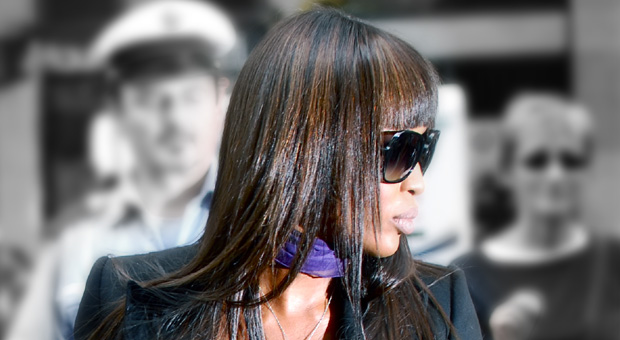 “Protection of journalistic sources is one of the basic conditions for press freedom…without such protection, sources may be deterred from assisting the press in informing the public on matters of public interest. As a result the vital public watchdog role of the press may be undermined.”
European Court of Human Rights, Goodwin v UK, 1996.

The protection of journalistic sources is a cornerstone of free speech law. It is strengthened by section 10 of the Contempt of Court Act 1981 which states: “No court may require a person to disclose, nor is any person guilty of contempt for refusing to disclose, the source of information contained in a publication for which he is responsible unless it is established to the satisfaction of the court that it is necessary in the interests of justice or national security or for the prevention of crime”. Each of these justifications for requiring the disclosure of a journalistic source will be considered in turn.

In the Interests of Justice

In deciding whether to order that a journalist reveal her source the court will ask whether the interests of justice “are of such preponderating importance in the individual case that the ban on disclosure really needs to be overridden”. The case of Bill Goodwin illustrates how high this hurdle is. Goodwin was a journalist on The Engineer magazine. He published information from a source that a leading private company was in financial difficulty. The company stated that the only way the source could know this was from a stolen confidential report. The company tried to force Goodwin to name his source. They argued that there had been a grave breach of confidentiality and that they needed to identify the thief. Goodwin refused to reveal his source and was fined £5000 for contempt of court. Goodwin appealed to the European Court of Human Rights and won. The European Court stated that it was fundamental to the right to freedom of expression that sources be protected, regardless of the breach of confidentiality and the criminal activity.

In the Interests of National Security

Under this exception the authorities must show that national security will be imperilled if a journalist does not reveal her source. If this is established and the journalist refuses to comply, she will almost certainly go to prison. This fate befell two journalists when they refused to disclose their sources to the Vassall spy tribunal in 1962.

For the Prevention of Crime

This is important for writers publishing investigative stories about crime and corruption. Disclosure will be ordered if it would enable the prosecution of an offence that has been committed or would assist in the prevention of crime in the future.

In order to protect their sources writers are advised to destroy incriminating documents as soon as possible. However, documents must not be destroyed once legal proceedings have begun as this may amount to contempt of court.

If enquiries are being made by the police writers have the same rights as everyone else – they do not have to answer questions. However, some legislation contains the power to order people to provide answers. Under the Financial Services and Markets Act 2000, Independent journalist Jeremy Warner was summoned by inspectors investigating leaks of price sensitive information from the Department of Trade and the Monopolies and Mergers Commission. Warner’s stories implied that he had a source in the department. The court ordered Warner to reveal his source in order to prevent the commission of crime. Warner refused and was fined £20,000.

Those wishing to write about their work must remember that contracts of employment have an invisible term that information given in confidence to an employee must not be used to damage the employer. Thus the investigating officer in the Moors murder case was successfully prosecuted for breach of confidence when he published a book incorporating police records of Myra Hindley. If an employee leaks a trade secret to a journalist then the journalist will also be under a duty of confidence unless they have no reason to believe that the information is confidential.

There are two factors that make a breach of confidence action unlikely. First, if the confidential material is out-of-date. This was the view taken of Richard Crossman’s diaries in 1975. The court stated that although the details of cabinet meetings were once confidential, the fact that they had taken place a decade ago meant that they no longer were. The second factor is where confidential material is published elsewhere. UK newspapers were prevented from publishing Peter Wright’s Spycatcher on the grounds that it disclosed confidential material. However, the book was a national best seller in the US. The European Court of Human Rights concluded that the UK newspapers should not have been restrained from serialising the book because the widespread publication overseas had destroyed all claims to confidentiality.

The law of breach of confidence can also prevent the unauthorised publication of personal information by the media. For more on this see chapter 9.

The Data Protection Act 1998 prevents the misuse of a person’s private information. ‘Data’ means any information that is held on an electronic storage system or in a filing system. ‘Personal data’ means data that relate to a living individual who can be identified from that data. Under the Act data must be processed (this includes publication) fairly and lawfully. Sensitive personal information (relating to health or sexuality, for example) must be processed according to stringent conditions contained in the Data Protection (Processing of Sensitive Personal Data) Order 2000. In her action against the Mirror, Naomi Campbell was successful in arguing that the revelations of her treatment at Narcotics Anonymous were an unlawful publication of sensitive data.

The Act contains protection for journalists. Section 32 allows writers to be exempt from the data protection rules if they are acting for journalistic purposes and reasonably believe that the publication is in the public interest.

Under the Freedom of Information Act 2000 citizens have a right to information. Information can be requested from all public authorities except the security and intelligence services. Requests for information must be in writing and the information should be provided within 20 days.

It will come as no surprise that some information is automatically non-disclosable, including that which relates to:

If the public authority can show that disclosure would cause damage, information relating to the following areas will be non-disclosable:

Next week: Maintaining the authority and impartiality of the judiciary