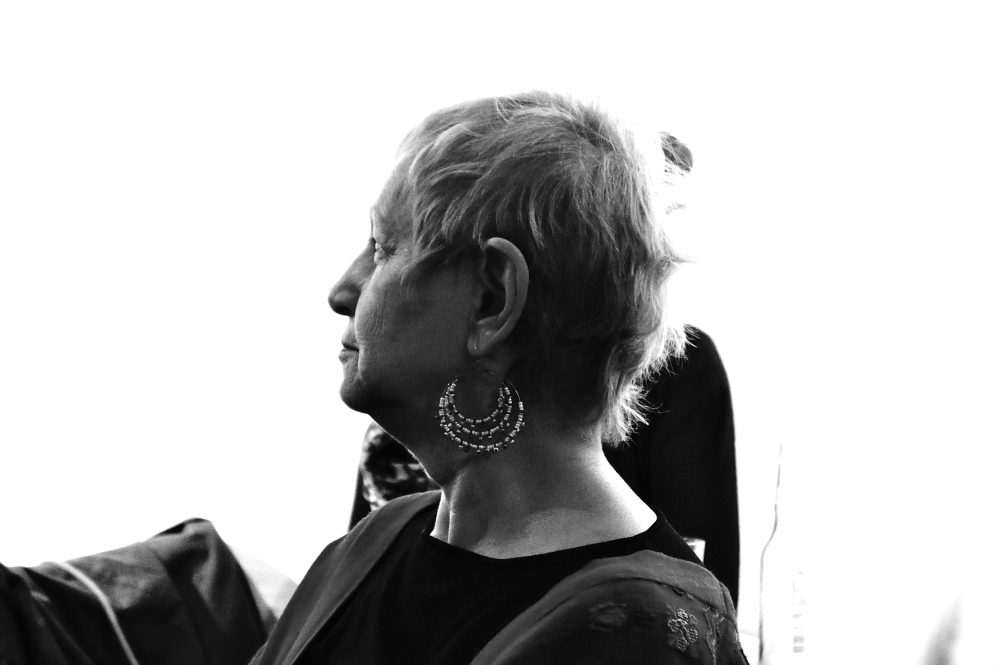 Born in Jordan in 1949, Fathieh Saudi completed her medical studies in France and worked as a paediatrician in Jordan and Lebanon. As she recently explained in her inimitable and gentle way, she then turned from ‚Äòsaving others with medicine to saving herself with literature‚Äô.

She wrote two memoirs about the 1982 Lebanon War: L‚ÄôOubli Rebelle in French (1985) and Days of Amber in Arabic (1990). She is the author of three collections of poetry in English ¬≠‚Äì¬†The Prophets: A Poetic Journey from Childhood to Prophecy (2008), Prophetic Children (2012) and Daughter of the Thames (2012) ‚Äì and one in Arabic, Bint alnaher (2011). She also translated between English, French and Arabic. She gave dozens of readings and performances over the years, both in her adopted home of London since 2001 and in Paris, many of which combined her deeply affecting poetry with music from Asia and the Middle East.

‚ÄòI have not listened to such a voice before.‚Äô John Berger

‚ÄòThis is the language of exhausted birds. It honours poetry‚Äôs power to heal. It is simply disarming, the way an ancient soul confronts our humanity.‚Äô Fady Joudah

‚ÄòSaudi‚Äôs verse is accomplished and records a personal journey in mythic terms, so that London‚Äôs rivers and byways speak of bygone times and broader terrains.‚Äô Daljit Nagra

For more than 30 years Fathieh Saudi was involved with the defence of human rights, peace and justice, in particular in the Middle East. She received several awards for her medical, humanitarian and cultural work, including the Chevalier de l‚ÄôOrdre du Merite. As well as serving as a trustee of English PEN and a passionate member of the Writers in Translation committee, Fathieh Saudi also served as the chair of Exiled Writers Ink and was a member of the Society of Authors. She was one of over 100 writers who contributed to English PEN‚Äôs ‚ÄòPoems for Pussy Riot‚Äô campaign in 2012, writing the following poem and performing it live in London:

They met at the entrance of a theatre.
‚ÄòCome and help us,‚Äô they said, ‚Äòlet‚Äôs begin
to teach the children about human rights.‚Äô

Once upon a time,
she dreamt of freedom,
she was rebellious, she believed then¬†in women‚Äôs rights, everyone‚Äôs rights.

Encountering them again took her back to innocence.
Could she raise her voice again?
Could she shatter the silence?
Could she claim one human right?

Fathieh Saudi will be much missed by the literary community and especially all at English PEN. Raficq Abdulla, writer and fellow Writers in Translation committee member, writes:

I had the pleasure of knowing Fathieh Saudi for several years.¬† We first met as members of the English PEN board. Fathieh loved working with English PEN and took her role on the board very seriously.¬† As time passed we got to know each other better and our relationship changed from that of being colleagues to being friends. Fathieh loved poetry, both reading and writing it, and I was ¬†honoured when she asked me to join her and two others readers, to perform her poetry with music at a number of gigs in London and outside London.¬†These events were pleasurable and rewarding for all of us. Fathieh had a natural elegance of manner and warmth of personality; she was courageous and stoical about her illness the seriousness of which she knew from the beginning as she was a doctor, having trained in France and practised in the Middle East.¬†We shall all miss her.

A memorial service for Fathieh Saudi will take place on Saturday 6 February, 4pm to 6pm, at The Mosaic Rooms in London. All are welcome.