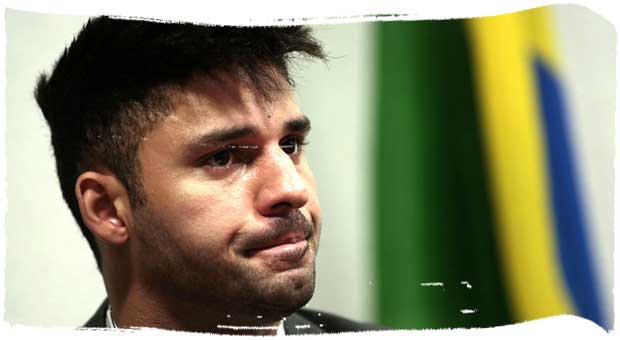 In a landmark judgment, the Court of Appeal ruled today that Schedule 7 of the Terrorism Act 2000 was incompatible with the right to press freedom guaranteed by Article 10 of the European Convention on Human Rights. David Miranda was detained and his journalistic material seized under Schedule 7 in 2013.

David Miranda lost his legal challenge at the Divisional Court in 2014. The Court of Appeal’s judgment today overturns that decision in at least two important respects:

English PEN, ARTICLE 19 and Media Legal Defence Initiative intervened as third parties in support of the appeal. David Miranda was stopped at Heathrow Airport on 18 August 2013 in transit from Berlin to Rio de Janeiro under Schedule 7 of the 2000 Act. He was assisting his husband Glenn Greenwald in his reporting of Edward Snowden’s leaks regarding the mass surveillance operations of GCHQ and the NSA. Mr Miranda was detained and the data he was carrying was seized. He brought an application for judicial review which was heard by the Divisional Court which, in turn, ruled in 2014 that the detention was lawful.

That judgment has now been overturned in part in what is a significant victory for press freedom. The Court of Appeal has issued a rare declaration of incompatibility under the Human Rights Act 1998 in respect of the Schedule 7 power. In so doing, the Court has recognized that disclosure of journalistic material undermined confidentiality, which is essential for the protection of freedom of expression: ‘If journalists and their sources can have no expectation of confidentiality, they may decide against providing information on sensitive issues of public interest. That is why the confidentiality of such information is important.’ Schedule 7 has now been referred to Parliament.

ARTICLE 19, English PEN and Media Legal Defence Initiative had argued in their intervention that the Divisional Court’s decision not only deprived journalistic materials of effective safeguards, but that it also expanded the definition of ‘terrorism’ beyond lawful bounds and would in effect subject a broad range of legitimate journalistic activity to counter-terrorism legislation. The substance of those arguments appears to have been accepted by the Court of Appeal.

The free speech groups were represented in the Court of Appeal by Can Yeginsu and Anthony Jones, barristers practising from 4 New Square Chambers.

While it is disappointing that the appeal was not successful on all grounds, this is a significant victory for press freedom, remedying a very worrying gap in the law for safeguarding journalistic material and sources. The seizure of David Miranda’s data set a disturbing precedent on a story of global importance and we are relieved that the Court has recognised the fundamental necessity of protecting confidentiality for journalists.

The seizure of journalistic data under broadly defined counter-terrorism legislation is a serious affront to media freedom, and is undoubtedly a cause of concern for investigative journalists across the globe. The judgment of the Court of Appeal in Miranda’s case today is a welcome counterbalance to this growing concern; recognising that journalistic source material requires sufficient procedural safeguards to properly enable journalists to carry out their vital role in society without undue impediment from State authorities.

This judgment reaffirms what we already know: that independent journalism relies on trust, confidentiality, and protection of sources. When any overly broad security legislation is arbitrarily applied and poorly regulated, there is a huge risk that important stories won’t be published and the press stifled. With the Investigatory Powers Bill now going through the parliamentary scrutiny process, on a rushed timetable, this judgment serves as an argument for even greater scrutiny and a thorough review of powers which could have dramatic implications for freedom of expression in the UK.

Read the intervention submitted by the Free Speech Interveners [PDF]