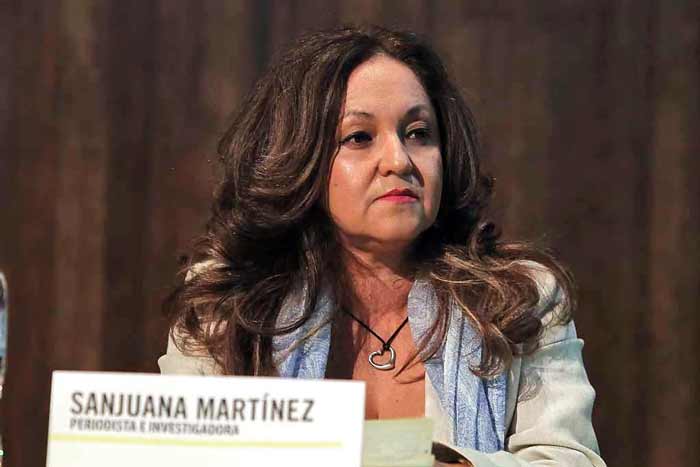 Three years ago, in the run up to International Women’s Day 2012 (8 March) we paid tribute to murdered and missing Mexican colleagues. Mexico was and still is one of the most dangerous countries in the world for writers: over 100 journalists have been murdered since 2000 and, as highlighted in our joint letter to President Peña Nieto earlier this week, impunity in crimes against journalists in Mexico stands at around 90 percent.

A few months later, in August 2012, journalist, human rights activist and winner of the PEN Pinter Prize Lydia Cacho, who had been subject to years of harassment, fled the country. In a striking PEN Atlas dispatch, her friend and fellow journalist Sanjuana Martinez lamented the fact that Lydia had been ‘forced into temporary exile to save her life and her life’s work.’ She continued:

As independent journalists, we know that difficult times are approaching regarding freedom of expression… Persecution is still in its earliest stages. The swords of Damocles drawn in order to silence independent or critical voices are advancing stealthily. The silence among colleagues who benefit from the present power structure is palpable. Pathetic attempts to cover up corruption, crimes and abuses are apparently far more important that the life of a single journalist, which counts for nothing in Mexico.

In the years since, the situation in Mexico has certainly not improved. Sanjuana Martinez herself was arrested on 24 December 2014 and was held incommunicado for several hours on suspicion of making a false declaration to a court. However, a local rights group has suggested that her arrest could be linked to an article published in La Jornada on 14 December 2014 in which she denounced the alleged rape of a member of the Tamaulipas state police force by an officer of superior rank in the Mexican Army; on the same day that the article was published, Martínez’ house was ransacked by unknown intruders who damaged some of her property. She has stated that her arrest and harassment were in reprisal for her writing, which has been fiercely critical of the Mexican establishment.

Sanjuana Martinez is sadly no stranger to harassment. Her two books on the sexual abuse that allegedly took place in the Catholic Church in Mexico – Prueba de Fe (Test of Faith), published in 2007, and Manto Púrpura (Purple Cloak), published in 2006 – made her the target of an prolonged campaign of death threats and other harassment. She was the victim of a similar campaign last year, following the publication of her most recent book, Las amantes del poder: los escandalosos usos y abusos del poder publico en la vida privada (The Lovers of Power: the scandalous use and abuse of public power in private life).

In a recent message to English PEN, Sanjuana stated:

The truth is that the situation is now so bad… any initiative to make visible our problems in Mexico is welcome.

Fortunately PEN International and English PEN have always supported me. My situation in Mexico is extremely tense and truly everyday life becomes very difficult. In these circumstances I feel the support and love of PEN is super important. They are like my guardian angel, my shield.

As part of our ongoing 2015 Mexico focus and to mark this year’s International Women’s Day 2015 we are therefore joining with PEN International and PEN centres all over the world in showing our support for Sanjuana. Please join us.

Please also send copies of your appeals to the Mexican Embassy: