Skip to content
Home > Campaigns > Mexico: Six months on and still no justice

Mexico: Six months on and still no justice 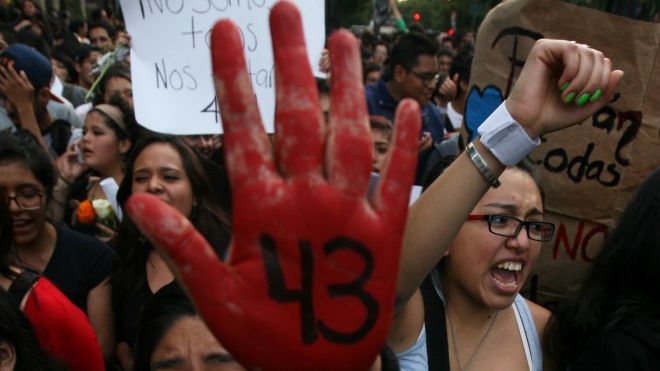 Today marks six months since 43 Mexican students were kidnapped in Iguala, Guerrero. The search for the missing teacher trainees – all students from the Raúl Isidro Burgos Rural Teachers’ College of Ayotzinapa – has led to the discovery of mass graves and in December the first of the students,19-year-old Alexander Mora Venancio, was confirmed dead by forensic specialists. However, the whereabouts of the 42 other students remains unknown.

Today we remember the 43 and continue to call for justice. Please join us

** Visit our dedicated Tumblr, or search #StudentPENforAyotzinapa on Twitter for more details. **

Take part in this photo action, organised by yosoy132londres – email your photos to [email protected] and share them on social media with the following hashtags

If you would like to send a message of support to the families of the 43, please send it to [email protected] and we will pass it on.

Elena Poniatowka, Juan Villoro and Amanda Hopkinson are among the writers who will be appearing at the English PEN Literary Salon at the London Book Fair in April 2015 as part of our ongoing Mexico focus.