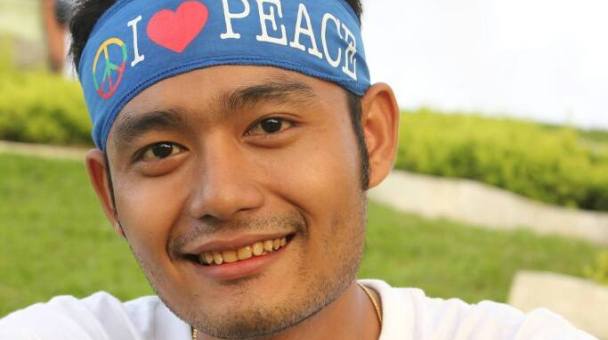 English PEN and fellow PEN centres around the world are calling on the the Myanmar authorities to drop all charges against poet and PEN Myanmar member, Maung Saung Kha.

Maung Saung Kha was arrested on 5 November 2015 on charges of criminal insult (under Article 505 of the Penal Code and Article 66(d) of the Telecommunications Law) in connection with a verse he posted on social media suggesting that he had a tattoo of the president on his penis.

Maung Saung Kha has now spent six months in detention and his next hearing is due to take place on Wednesday 18 May 2016.

PEN calls on the Myanmar authorities to drop the charges against Maung Saung Kha and release him immediately and unconditionally: please join us.

President
U Htin Kyaw
President’s Office
Nay Pyi Taw
Republic of the Union of Myanmar
Via Facebook
Salutation: Your Excellency