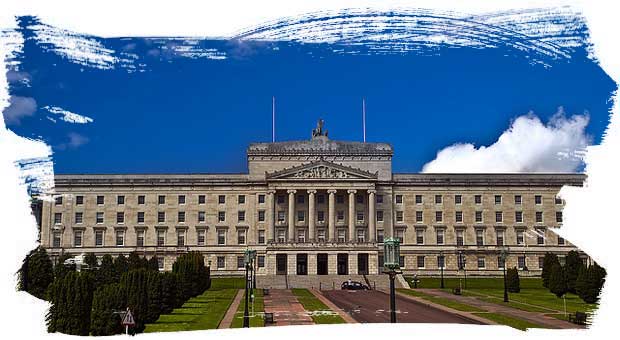 The newly launched Advisory Council of the Northern Ireland Libel Reform Campaign will be urging Stormont to undertake essential reform of the law to protect free speech and ensure that public interest reporting is not curtailed by the current law, elements of which pre-date the invention of the light bulb.

The Advisory Council will be crucial in gathering evidence of the impact of the law of libel on free speech and scientific inquiry across society, which will be used as part of the Northern Ireland Law Commission’s consultation later this year. The campaign asks anyone with evidence of libel threats to contact them via their website libelreform.org.

“We spent so long here having to watch our words it would be a tragedy if we had to watch them now because of a loophole in the law.”

“Whilst the importance of free speech cannot be underestimated in any democratic society, I feel that Northern Ireland’s history predisposes the media’s watchdog role in society as particularly prevalent in holding those in positions of power or authority to account.”

“I got involved to tackle Northern Ireland’s culture of censorship and self-censorship where fear of libel laws and fear of violence have shut out the moderate, reasoned voice.”

“My line of work means I often upset people in power. I often find myself being threatened with our archaic libel laws… I’ve become involved with the Libel Reform Campaign because a muzzled press equals a poor democracy – and that is what we have in Northern Ireland.”

Journalist Paul Connolly, a board member of the Society of Editors said:

“Northern Ireland’s libel laws are not fit for purpose for the 21st century. They have a serious and chilling affect on freedom of expression – and this applies not just to writers, scientists, comedians, bloggers and journalists but to everyone who uses Facebook, Twitter and all other forms of social media.”

“Open debate is the lifeblood of any society. It’s long past time that our antiquated laws were overhauled, and that is best done by simply extending the Defamation Act 2013 to Northern Ireland.”

“I would like to Northern Ireland catch up with the rest of the UK in adopting a fairer, more balanced law which continues to uphold the rights of genuine plaintiffs, whilst giving defendants some increased protection against spurious libel action.”

Colm Campbell, Professor Emeritus at the Transitional Justice Institue at the University of Ulster, said:

“Freedom of expression in Northern Ireland demands reform of the law on defamation. There is an urgent need for a new public interest defence to protect those who contribute to debates on current affairs.”

The law of libel was reformed in England and Wales by the Defamation Act 2013, which was intended to also reform the law in Northern Ireland. However, in May 2012 Sammy Wilson MLA blocked these reforms applying to Northern Ireland by personal veto. This issue was never discussed by the full Cabinet nor were MLAs consulted.

The Libel Reform Campaign believes that unless the law in Northern Ireland is reformed, it will chill public interest discussions on matters of academic, science and politics, both in Northern Ireland but also in England and Wales as claimants travel to Belfast to make their claims under the old unreformed law.

The Libel Reform Campaign is a coalition of English PEN and Sense About Science.

Jo Glanville, the Director of English PEN, one of the groups behind the Libel Reform Campaign said:

“We’re delighted to have the support of so many voices of influence in Northern Ireland. This demonstrates the significant backing for overdue reform.”

Sile Lane, the Campaigns Director of Sense About Science, said:

“Libel reform elsewhere has followed a wide coalition working together, including consumer groups, community forums, bloggers, doctors, authors and scientists. It really is a citizen’s campaign because the discussions being chilled by the unbalanced and out of date law are about consumer safety, local government and historical scholarship.”

“Momentum is really picking up behind our campaign – with such a vibrant Advisory Council and grassroots support across society, Stormont will need to listen.”