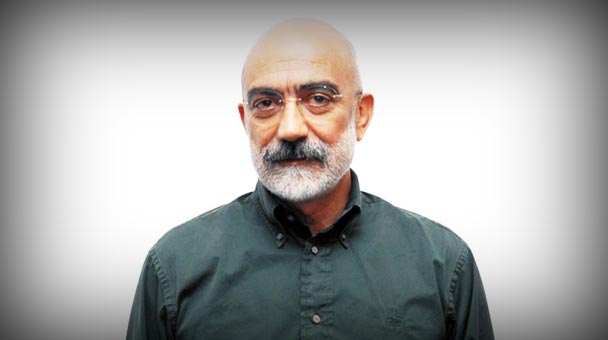 This month marks two years since the arrest of leading novelist, essayist and journalist Ahmet Altan during a dawn raid in Turkey. Altan is one of the many writers imprisoned and on trial in Turkey in the wake of the attempted coup of July 2016. In February 2018, following proceedings marred by violations of his right to a fair trial, he was sentenced to life imprisonment without parole for ‚Äòattempting to overthrow the constitutional order‚Äô.

To mark the anniversary of his arrest, our Director Antonia Byatt read from his essay ‘The Writer’s Paradox‘ at an event at EartH, Hackney.

I am a writer.

You can imprison me but you cannot keep me in prison.

Because, like all writers, I have magic. I can pass through walls with ease.

The reading was accompanied by live drawing from artist Chris Riddell as part of the London launch of Art Matters, Riddell‚Äôs latest collaboration with author and long-standing PEN supporter Neil Gaiman, published by Headline.

Gaiman is among many writers to have spoken out in support of Ahmet and his brother, the academic Mehmet Altan, who is also facing life in prison. When ‚ÄòThe Writer‚Äôs Paradox‚Äô was first published, he commented:

I hope that everyone who can read, whatever their politics, reads Ahmet Altan’s response to his imprisonment. Repressive regimes hope that if they lock up writers they are also locking up ideas. This will always fail. I hope that Ahmet and Mehmet get a fair trial (although that they are even going to trial is in itself a caricature of the law). I hope that all despots and dictators learn, sooner rather than later, that, as Ahmet tells us, writers are impossible to effectively imprison.

Following the event, we were able to get word to Ahmet Altan that his writing had been shared with an audience of hundreds of people. A few days later, we received the following response:

The quote often attributed to Aristotle ‘O friends, there are no friends’ is said to be the result of a transcription error. The¬†man never actually said this.¬†Whatever its origin don’t believe this statement, because, indeed, there are friends!

This is a fact that you feel deep in your heart when, sitting¬†in a cell in a high-security prison as I do, you learn what Neil, Chris, Antonia and some 700 friends who had joined them did for you.

You give me great strength to resist.

I thank you all very much for your friendship, for giving me an excuse to say aloud that ‘Yes, indeed, there are friends’ and for making me feel among friends in this empty cell.

On 2 October, Ahmet and Mehmet Altan and their co-defendants will have their second appeal hearing. PEN is continuing to call for their immediate and unconditional release. Join us.

Ahmet¬†Altan¬†is currently unable to receive any letters or other correspondence directly, but if you would like to send a message of support please do so via [email protected]

Become¬†a member of English PEN¬†and help support our ongoing campaign for¬†Ahmet¬†and other writers in Turkey all year round.