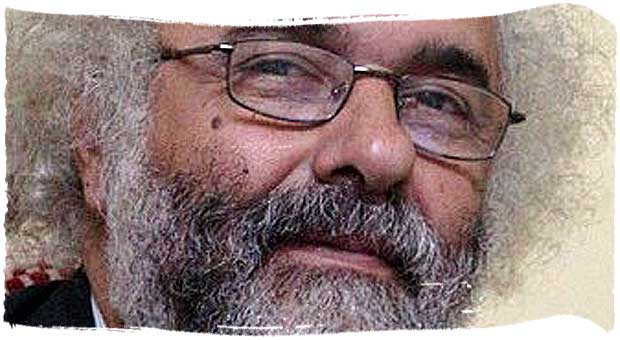 The latest hearing in the drawn-out case of publisher, writer and human rights defender Ragıp Zarakolu took place on 28 September at Istanbul’s Çağlayan Courthouse. Arrested in October 2011, he was released six months later in April 2012. Zarakolu, who has been living in Sweden since 2013, was not present at the hearing.

Zarakolu is charged with ‘aiding and abetting an illegal organisation’, after he spoke at a lecture as part of the political academy under the now defunct Kurdish Peace and Democracy Party (BDP) in 2011. He was one of 44 people jailed in October 2011 for involvement in the BDP, seen by the government as part of the outlawed Kurdistan Workers Party (PKK).

Four co-defendants were present at the hearing, while a fifth joined via video-link from detention. One of the defendants, Nahit Onat, stated that ‘to delay this judging process for so long is an attempt to exhaust us and frighten us’. During the hearing it emerged that a travel ban, previously lifted at a different hearing, was still in effect for many of the defendants following the confiscation of their passports.

Zarakolu himself faces up to 15 years in prison. The court filed a request for an Interpol red notice in July 2018 due to the defendant not having yet given his statement. The red notice, if accepted, would lead to Zarakolu’s arrest and extradition. Zarakolu described this action as ‘harassment’. Despite living abroad for five years, the Turkish State has continued to target him, which included raiding his publishing house and seizing over 2000 books.

After the defendants present had given their statements, Zarakolu’s lawyer Sennur Baybuğa requested an answer to her appeal to remove the red notice. The judge cited Article 196 of Turkey’s Criminal Procedure Code, which states that if a defendant is being tried for a sentence longer than five years, the court can force a defendant to deliver their testimony in person. Baybuğa stated it was an ‘unnecessary push’ for the judge to maintain this red notice. Citing the same article, she explained that if a defendant is outside of the country they are allowed to deliver their statement to any foreign court. She also referred to another case against Zarakolu, in which he and other journalists are being tried for ‘disrupting the unity of the state’, stating that the court had lifted his arrest warrant in June. In this case, in which he faces a life sentence, they are still allowing him to give his statement in-absentia.

In spite of this, the court ruled that the red notice would remain in place. An arrest warrant was also issued for the other co-defendants who have yet to give their statements in court. The next hearing is now expected to take place on 30 November.

Debbie Luxon is a freelance writer and activist who observed the 28 September hearing as a member of English PEN. @DebLuxon

Send a message of support to Ragip Zarakolu via [email protected]