Vigil for writers at risk in Saudi Arabia 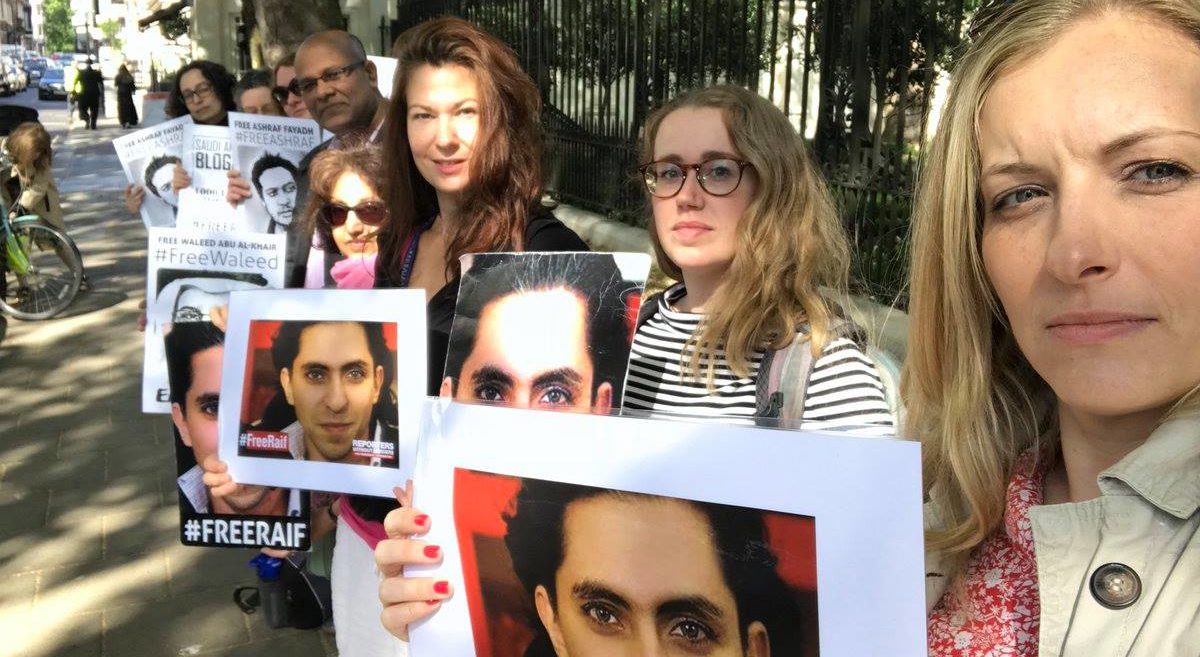 Join English PEN, ALQST and Reporters Without Borders on 26 June for our monthly vigil in solidarity with writers, journalists and activists at risk and imprisoned in Saudi Arabia.

For more than five years. we have been holding vigils at the Embassy of Saudi Arabia in London in solidarity with colleagues at risk and in prison. In light of the current situation, this month’s vigil will be held online instead. Throughout the day on 29 May, we will be holding a virtual vigil on social media: please join us to show your support for our imprisoned colleagues and amplify the calls for their releases with the hashtags #virtualvigil and #StandWithSaudiHeroes.

This month marks two years since the beginning of the wave of arrests that saw many key women’s human rights defenders detained for their peaceful activism, including Nouf Abdulaziz, Loujain al-Hathloul and Eman al-Nafjan, joint winners of the PEN/Barbey Freedom to Write Award in 2019.

Both Nouf and Loujain remain in prison alongside three other activists, including Samar Badawi whose brother, blogger Raif Badawi, continues to serve a lengthy prison sentence. Eman and seven other activists have been temporarily released but remain on trial.

To mark the anniversary of the arrests, our colleagues ALQST and Amnesty are launching a campaign on 15 May – please show your support for these brave human rights defenders.

If you are based in the United Kingdom, we would also encourage you to write to your local MP asking them to support this Early Day Motion if they have not already done so.

As we can’t be @SaudiEmbassyUK in person today, we’re holding a #virtualvigil for our imprisoned colleagues instead. Please join us. #StandWithSaudiHeroes

The COVID-19 pandemic makes the situation of Saudi Arabia’s jailed writers, journalists and activists even more urgent, as they now face the risk of infection. We gather for a #virtualvigil to call again for their immediate release. #StandWithSaudiHeroes