The Protection of the Reputation or the Rights of Others 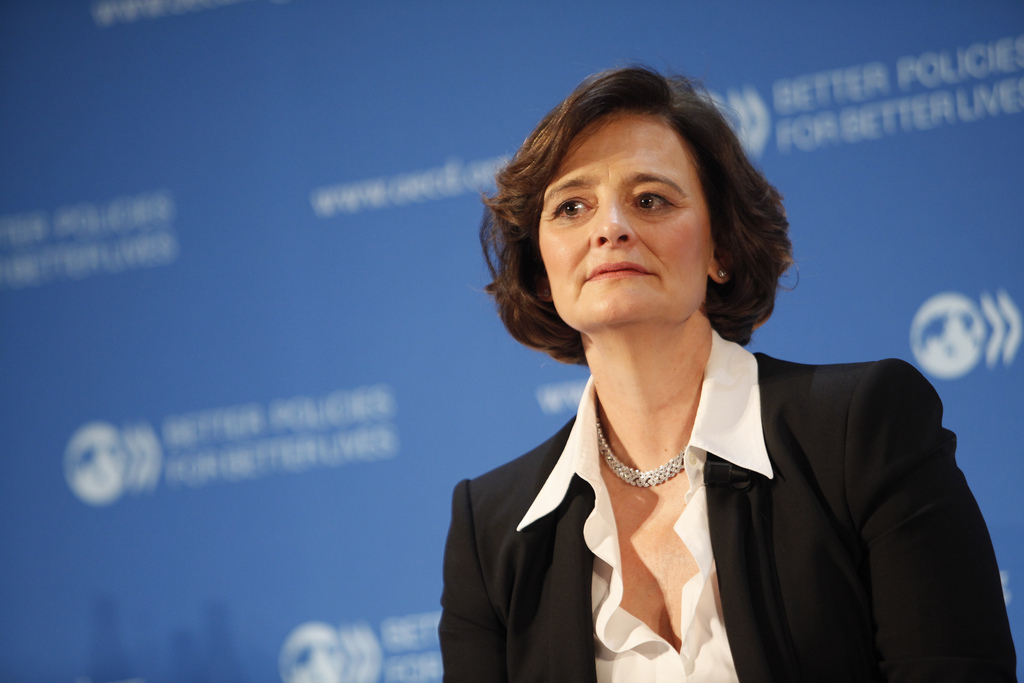 FAIR TRIALS AND THE FREEDOM TO WRITE

Judges have the power to order that cases be heard in private if, for example, they concern official secrets, confidential information, children, or vulnerable witnesses who have to relive humiliating and distressing events in the course of their evidence. The fact that a hearing takes place in private does not automatically mean that it cannot be reported. Writers are advised to approach the court staff to clarify the position in each case.

Some private hearings cannot be reported (see section 12 of the Administration of Justice Act 1960). These include proceedings relating to wardship, adoption, guardianship, custody, the upbringing of or access to a child, proceedings under Part VII of the Mental Health Act 1983, and proceedings concerning national security.

A court can order that writers do not disclose the identity of witnesses or defendants if it is in the interests of justice for them to remain anonymous.

There are a number of provisions protecting the anonymity of children involved in the justice system. Under the Children and Young Persons Act 1933 and the Youth Justice and Criminal Evidence Act 1999 there is an automatic ban on disclosing the identity of juvenile offenders appearing in the criminal courts or being investigated for a criminal offence. A court can also order that the identity of a juvenile witness remain anonymous. As will be obvious from the reporting of the young rioters in the summer of 2011, judges can lift the ban on identifying young offenders.

Details that would identify victims of rape and sexual offences must not be published in the victim’s lifetime. These restrictions apply from the moment that an allegation is made. The only way that the anonymity can be lifted is by the victim’s consent or order of the court.

In 2009 the family courts were opened up to the media and can now be reported. The restrictions applicable to private hearings, juveniles and victims of sexual offences apply in the family courts like everywhere else. Family judges have additional powers to exclude the media in order to protect the safety of any person or if it is in the best interests of any child in the proceedings.

Unless otherwise ordered by the court, it is not an offence for a writer to publish the following information about hearings involving children:

The reporting of pre-trial hearings in criminal proceedings is restricted under the Criminal Procedure and Investigations Act 1996. It is an offence to publish anything more than the bare details of a pre-trial hearing: the name of the court and judge, brief identifying details of the defendants, the offences charged and the date. However, once a trial gets started a writer is free to publish an accurate and contemporaneous report of proceedings. It will come as no surprise that there is a fair bit of mud slinging in criminal trials. If derogatory and false allegations are made in the course of the evidence, writers may be prevented from reporting them.

Where a criminal judge is of the view that contemporaneous publication of trial reporting will pose a substantial risk to the administration of justice she can make an order under section 4 of the Contempt of Court Act 1981 postponing publication. If a court is contemplating making such an order writers are entitled to make representations about the effects that it would have. The publication of reports of civil proceedings can be postponed under the Supreme Court Act 1981 if it would be ‘just and convenient’ do so. When judges are considering making orders that postpone publication they are obliged to strike a balance between the right to free speech and the right to a fair trial.

The right to respect for private and family life is enshrined by Article 8 of the European Convention on Human Rights. It covers private information that most individuals would not want to be widely known. The invasion of privacy occurs when someone’s personal information is disclosed against their will. Private information includes, but is not limited to, anything relating to a person’s health, sexuality, religion or personal finances. Super injunctions represent the most extreme interference with the right to freedom of speech in the name of protecting privacy.

Writing that invades privacy concerns the personal and not the political. It is usually directed at celebrities, driven by commercial desires and, while perhaps something that the public are interested in, not in the public interest. However, England Football captain Rio Ferdinand’s adulterous love life was recently deemed sufficiently in the public interest to justify a kiss and tell spread in the Daily Mirror, a decision suggesting that freedom of speech may yet win out against privacy.

Under this action, Cherie Blair was granted a series of injunctions to prevent the publication of her domestic arrangements leaked by a former nanny and Lady Archer successfully prevented a former employee revealing that she had had a face-lift. More seriously, breach of confidence injunctions are in place to prevent the publication of any material that might reveal the identity and whereabouts of Thompson and Venables, the Bulger killers.

Where a public figure presents a false image of themselves writers are entitled to put the record straight without risking of a breach of confidence action. When supermodel Naomi Campbell told the Mirror that she did not take drugs, the newspaper was entitled to publish the story of her treatment at Narcotics Anonymous in response.

Writers can defend themselves against breach of confidence actions by arguing that the publication was in the public interest. The journalist who revealed Top of the Pops presenter Jamie Theakston’s misdemeanours in a brothel successfully argued that, because Jamie Theakston was a role model to young people, it was in the public interest that his moral failings were known. The same argument justified the Rio Ferdinand story mentioned above.

The Protection from Harassment Act 1997 is designed to protect people from stalkers but could potentially be used by those who feel ‘hounded’ by the press. If a journalist persistently ‘door-steps’, follows or questions someone it might amount to harassment. The only defence available for a writer would be that his behaviour had been ‘reasonable in all the circumstances’. This defence could be successful where a journalist has been doggedly pursuing a public interest story.

Defamation law is about the protection of reputation. It is the sole remaining area of civil law that is tried by a jury. Defamation in written form is known as libel. It is the publication of words in permanent form that refer to an identifiable person and expose that person to hatred, contempt or ridicule, or lower them in the estimation of ordinary people. ‘Permanent form’ includes blogs, internet chat rooms, newspapers, magazines and tweets. ‘Publication’ means that the words must be communicated to at least one other person. Every re-publication of defamatory material will count as a new publication and give rise to a fresh libel action.

A person can be ‘identifiable’ even when a writer has no idea of their existence. A man who shared the name of a fictional character sued its author on the ground that people reading the story would have thought it was about him. It is for this reason that works of fiction often carry the disclaimer “This is a work of fiction, and any similarity to persons either living or dead is entirely coincidental”. The dead (or more accurately, their estates) cannot sue for libel. Nor can government bodies, political parties or nationalised industries. Individuals, corporations and charities can sue for libel, as can members of government bodies, political parties and nationalised industries.

It is a complete defence to libel if the writer can show that the statement is true. This is the case even where the writer publishes the material purely for financial gain or in spite. It is also a defence if the statement is an honest expression of a genuine opinion on a matter of public interest, even if that opinion is in fact wrong, exaggerated, prejudiced or expressed in offensive language. In order to run this defence a writer must be able to show that the opinion has some factual basis. If someone consents to the publication of defamatory material they cannot sue for libel. To be on the safe side writers should get their subjects to sign a consent form.

A writer may argue that the material is subject to ‘qualified privilege’ that protects it from libel actions. Qualified privilege arises where a story is in the public interest. When deciding whether a publication is privileged the court will consider the following factors:

It is clear from this list that if a writer abides by the standards of responsible journalism when publishing a public interest story, no libel action should arise.

In November 2009, English PEN launched a major Libel Reform Campaign to change the laws of Defamation.  The campaign is demanding better protections for public interest reporting, a change to the way costs are incurred during libel disputes, changes to the way online publishing is dealt with in libel claims, and a higher threshold of ‘harm’ before a libel claim can be brought.  All this, it is hoped, will widen the space for free expression in the public interest, while ensuring people are not unfairly maligned by the media.  A Defamation Bill was announced in the Queen’s speech… but for now, the current law remains in force.

COPYRIGHT AND THE FREEDOM TO WRITE

Everyone has the right to the protection of the moral and material interests resulting from any scientific, literary or artistic production of which he is the author.

The Universal Declaration of Human Rights

The Copyright Designs and Patents Act 1988 grants copyright in ‘original literary, dramatic, musical or artistic works’. This includes novels, articles, scripts, business letters, meeting minutes and blogs. In order to be protected the work must be ‘original’. This means that it must originate from the author and be the product of more than negligible effort or skill. Having the copyright means that the writer controls the use of the work, this includes copying, performing, translating and adapting. Copyrighted material can be reproduced for the purpose of criticising or reviewing it.

Copyright laws were not designed for the digital age. Many are frustrated by the blanket copyright restrictions that prevent material on the web from being shared and reproduced. Organisations like Creative Commons are developing copyright licenses that enable the sharing of information and ideas on the internet while protecting authors’ rights over their work.

Next week: Preventing the disclosure of information received in confidence