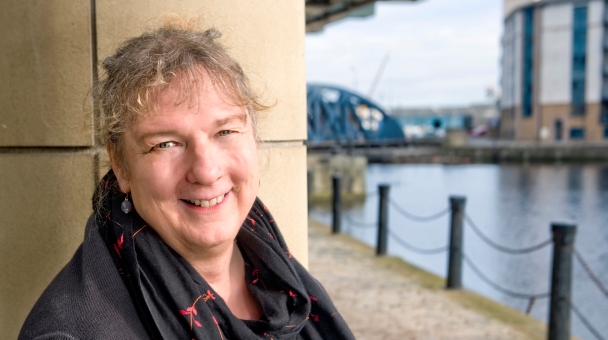 English PEN have joined our colleagues at Scottish PEN, Wales PEN Cymru and PEN International, alongside the chairs of PEN International’s Writers In Prison and Women Writers Committees have co-signed a letter to Jeremy Hunt. The letter urges him to call on the Brazilian Minister of Foreign Affairs, Aloysio Nunes Ferreira Filho, to ensure that the play, The Gospel According to Jesus, Queen of Heaven written by leading Scottish playwright, Jo Clifford can continue to be performed in Brazil free from threats of censorship and violence.

Jo Clifford is a leading playwright and Scottish PEN member based in Scotland. Her adaptation of Great Expectations made her the first openly trans playwright to have a play running in London’s West End. Her work has bravely challenged established assumptions and re-imagined known stories to celebrate often ignored narratives and help dream a new world into being. The Gospel According to Jesus, Queen of Heaven is a piece written in 2009 that tells the story of a transgender Jesus Christ. On the play’s launch, Jo said:

Christianity is often used as a weapon against LGBT people to deny us our rights. I wanted to see how this could be justified by the source texts, and in Jesus, Queen of Heaven make the simple point that Jesus never attacked us and assert our human rights to justice and respect.

Over the past two years, the play has been performed over 140 times in cities across Brazil, where it has faced unprecedented opposition from both the Evangelical and Catholic Church who undertook legal proceedings against the play in Jundiaí, Porto Alegre, Belo Horizonte, Salvador and Garanhuns, including court orders for the play to be cancelled, which were successful in Jundiaí. In other locations including Londrina, Taubaté, Rio de Janeiro, Araçatuba and Brasilia, a concerted campaign against the play involved public calls for boycotts, threats made against companies involved in the production and the spreading of malicious reports via social media. Further to this, the play’s director has received death threats for their involvement in this play and a number of films have been shared online that included death threats aimed at the cast. This is taking place against the backdrop of widespread killings of transgender people in Brazil, with more than 170 killed last year and over 95 killings in 2018 so far.

The letter calls on Jeremy Hunt, as the Secretary of State for Foreign and Commonwealth Affairs, to undertake formal proceedings to engage with the Brazilian government to ensure the performances of The Gospel According to Jesus, Queen of Heaven can continue free from the threats of censorship and violence. This includes ensuring the remaining performances are able to run as scheduled and everyone involved in the production, including cast and crew are safe from any and all threats of violence.

The Gospel According to Jesus Queen of Heaven is a devotional play whose intention is to remind audiences that the Jesus of the Gospels has a message of love and inclusion for everybody. It is both ironic and sad that so often prejudice results in the play being attacked as being disrespectful to Christianity, when it is nothing of the kind. It concerns me greatly to find it the object of such sustained attack and to find the theatre company performing it the objects of vicious and repeated threats. I hope a way can be found to respect the constitution of Brazil – which states Brazil is a secular country and guarantees freedom of expression – and allow the play to be performed without threats or interference.

PEN International stands with Jo Clifford. Our PEN Charter states clearly that we do our utmost to dispel all hatreds and to champion the ideal of one humanity living in peace and equality in one world.