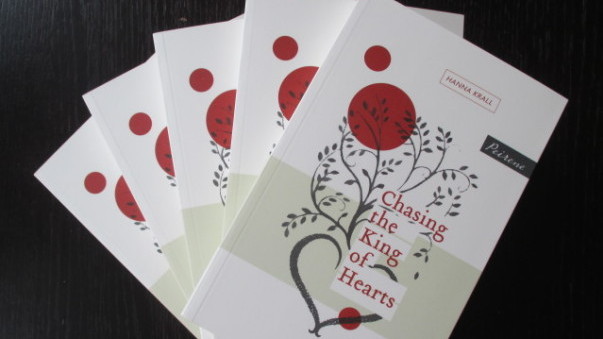 August’s Book Club saw some new members and a lively discussion of Chasing the King of Hearts by Hanna Krall, translated from Polish by Philip Boehm. It was chosen by Book Club member Marta Dziurosz, who is the Free Word Centre’s Translator in Residence this year.

This is the first non-fiction title the Book Club has read. Krall’s book is an account of the extraordinary efforts of Izolda Regensberg to rescue her husband Shayek from Auschwitz. Krall, hugely respected in Poland for her many books of reportage, was not the first writer with whom Regensberg attempted to collaborate, but previous efforts had proved unsatisfactory.

The factual nature of the book provided one of the most notable aspects of its narrative: shifting circumstances and the arbitrary nature of Nazi brutality meant that Izolda’s mission required constant improvisation, making the account highly episodic. But it is Izolda’s indefatigable will that gives the book its momentum, her quest distinguishing this from so many other Holocaust narratives.

It is a love story without a happy ending: while the pair were eventually reunited, the marriage did not survive. We see the damage done by the trauma of suppressing all feeling in order to survive, to hold back the sadness, fear and anger, and Izolda’s acknowledgement of Shayek’s bitterness that Izolda could do nothing for his family. It was also noted that while Izolda would think back to those who had assisted her on the way, she had no desire to see them again: they were random elements who happened to help her to survive. At what cost, in such circumstances, can one save oneself?

There was quite a lot of discussion about the issue of identity. Under the Nazis, being Jewish shifted from being an issue of culture to one of identity. Rituals were no longer comforting but another way to betray one’s Jewishness, just as dress and appearance might do. For Izolda, identity became a disguise and she assumed different characters according to circumstance.

We were struck by Izolda’s discussion of matters with her granddaughter in Israel many years later, particularly by the contrast between Izolda’s impetus to live at all costs and her young relative’s willingness to die for her cause. The passages at the end of the book, where Izolda is in the twilight of her years in Israel, unable to understand the conversations in Hebrew around her, were made all the more poignant by this inverted perspective.

Chasing the King of Hearts proved to be one of the most universally well-received books we’ve discussed so far. While there have of course been many books, both fiction and non-fiction, which have offered portraits of the horrors of the Holocaust, one featuring a female protagonist able to do more than just evade the Nazis is a notable rarity, and very welcome for it.