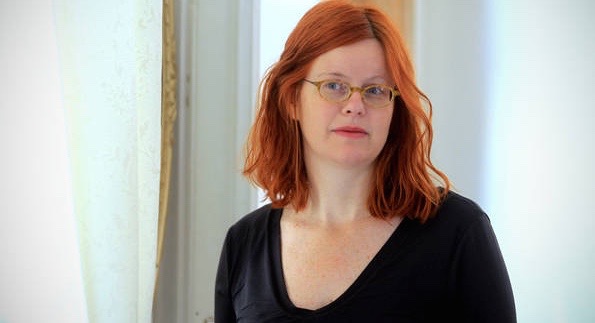 In May we discussed the 2013 winner of the EU Literature Prize, Dry Season by Slovenian writer Gabriela Babnik. Gabriela herself was visiting London to appear at European Literature Night, so we were privileged to have her as our guest. The book is a double challenge for those wishing to expand the the scope of their reading, as the book sees 62-year-old Ana travelling to Burkina Faso (where Babnik’s own husband is from).

Gabriela was extremely generous with her revelations about her writing and her admission that the ending of Dry Season is ambiguous, even in her own mind, prompted debate.

#1. Gabriela herself said that the book is not a work of post-colonialism criticism but rather looks at the entitlement, or otherwise, of western women to create art. Does the death of Ana’s child reflect this intention?

#2. Gabriela mentioned – but the conversation went off at a tangent! – that the harmattan (‘dry season’) was the third character in the book. Running with this idea, what impact can we say that it made on the story of Ana and Ismael?

#3. Ana is an increasingly unreliable narrator, whose thoughts drift back and forth in time. But does the notion supported by some that Ismael himself is just another delusion convince?

#4: What are your recommendations for other books by Slovenian authors?