Egypt: Author Ahdaf Soueif and co-arrestees must be released 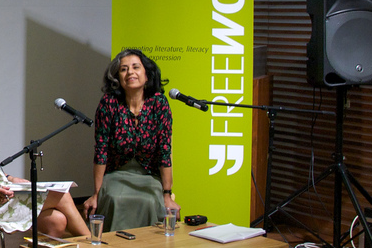 Update 19 March 2020: We are very relieved to hear that Ahdaf Soueif, Laila Soueif, Mona Seif, and Rabab al-Mahdi have now been released from detention in Egypt.

Egypt’s detention and arrest of several activists, including prominent Egyptian author Ahdaf Soueif, demonstrates that the Egyptian government is more concerned with its reputation than the rights of its citizens, including their freedom of expression and right to information.

Soueif and several others were arrested during a protest calling for the release of detainees in order to curb the spread of coronavirus in Egyptian prisons.

“English PEN calls for the immediate release of British Egyptian Booker-nominated writer Ahdaf Soueif, along with her co-arrestees. Ms Soueif is a hugely valued member of the global literary community, and at a time like the present we particularly need to hear her voice. We call on the Egyptian authorities to drop all charges against her, and for her immediate and unconditional release.”

“Having known and admired Ahdaf Soueif for many years, as one of Britain and the world’s leading writers, I urge the authorities, in the spirit of decency and compassion, to release her and all those arrested her, and to do so with immediate effect.”

On March 18, 2020, Ahdaf Soueif protested in front of the Cabinet of Egypt, alongside academic Rabab al-Mahdi, Soueif’s sister and academic Laila Soueif, and her niece, activist Mona Soueif. Mona Soueif live streamed the protest on Facebook, recording a confrontation with police officers who reportedly asked them to stop and “discuss the matter” at a police station. Their phones were then apparently confiscated and turned off.

According to human rights lawyer Khaled Ali, the group was detained at Qasr el-Nil police station in central Cairo. Later, according to one family member, the four were transferred out of the station in a police vehicle, and are now facing charges of illegal assembly, unlawful protest, and blocking traffic.

“The arrest of Ahdaf Soueif and her family is an egregious attack on free expression and shows the Egyptian government’s reflexive response to the coronavirus pandemic is to silence dissident voices to protect the state’s national image, disregarding both public health and fundamental rights. Ahdaf Soueif and her family have every right to protest government policies that put countless individuals at risk. Cairo authorities should release these activists, immediately. While the world focuses on the spread of COVID-19, Egypt’s government is bullying foreign reporters and arresting human rights defenders who protest. Clearly, they are hoping their thuggish behavior will go unnoticed during this fearful time; it hasn’t.  We call on the international community to push back against Egypt’s efforts to suppress freedom of expression under the cover of the coronavirus threat.”

“Egypt’s government should rise to the role it is expected to play as a government and immediately release Ahdaf Soueif and others, who were peacefully calling for the release of prisoners in jail, to prevent their exposure to #coronavirus. Jailing writers who speak truth to power is an old authoritarian trick; Egypt must walk back from that path.”

Prison visits in Egypt have been suspended for ten days in response to the pandemic, prompting worry from families of detainees. Soueif’s own nephew, blogger and activist Alaa Abdel-Fattah, who previously served six years in prison for violating Egypt’s protest law, has been detained since September.

Freedom of expression in Egypt has deteriorated dramatically over the past seven years under President Abdel Fattah el-Sisi’s rule. Since the coronavirus outbreak, the right to protest and press freedom are especially at risk. On Monday, Egypt revoked the license of a correspondent for The Guardian and threatened to revoke the paper’s permit to operate in the country, after the outlet published a report suggesting that the number of cases in Egypt is higher than reported. The government also released a statement accusing The New York Times’s Cairo bureau chief Declan Walsh of “professional violations,” following tweets in which he implied that the reported number of COVID-19 cases in Egypt is an underestimate.

English PEN has advocated for writers and creatives in Egypt, including writer Ibrahim al-Husseini, poet Galal El-Behairy, and novelist Ahmed Naji, the PEN America 2016 PEN/Barbey Freedom to Write Award honoree. While al-Husseini and Naji have been released, El-Behairy and several other writers remain imprisoned in Egypt.