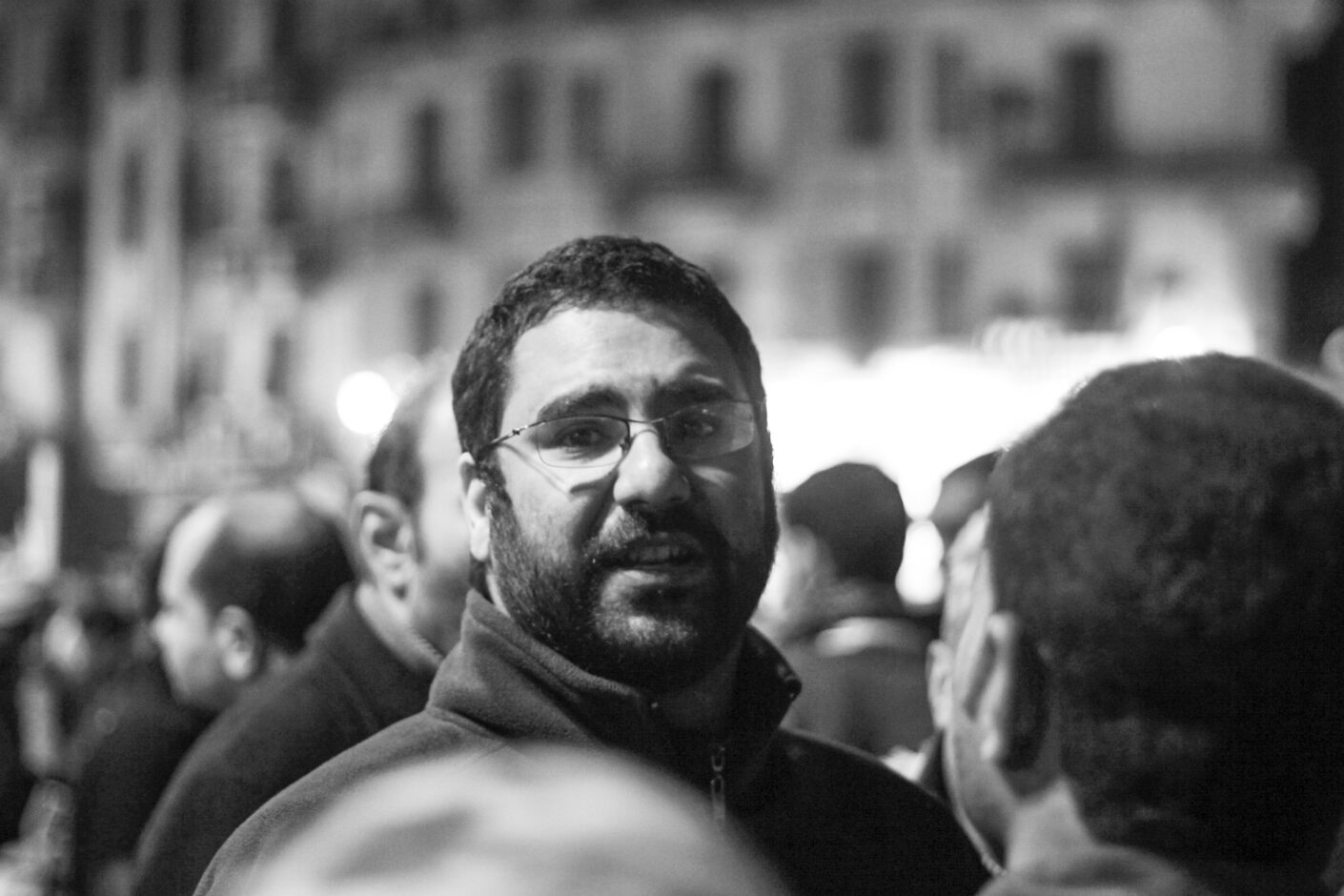 On 2 April 2022, Alaa Abd El-Fattah began a hunger strike to protest the conditions in which he was being held. He has since been transferred from Tora Maximum-Security Prison Two and, according to his family, has finally been allowed a mattress and access to reading materials. Meanwhile, Alaa Abd El-Fattah and his family are continuing to demand his right to a visit from the British consulate: this is yet to be secured despite first being requested in December 2021.

Eighty days have now passed since Abd El-Fattah began his hunger strike, and concerns for his physical and mental well-being are mounting daily.

PEN is working closely with his family and friends to call for an improvement to the conditions in which he is being held, to secure a consular visit at the earliest opportunity, and to demand his immediate and unconditional release.

Please join us in taking action in support of Alaa Abd El-Fattah as a matter of urgency.

There are a number of actions you can take today to show your support for Alaa Abd El-Fattah and his family:

Together with PEN centres across the UK, English PEN has written privately to the Foreign Secretary and Prime Minister to raise our grave concerns for Abd El-Fattah. We co-sponsored an event at the Frontline Club at which his sisters Mona and Sanaa Seif were in conversation with  journalist and broadcaster Andrew Marr. We also joined a parliamentary press conference  at which Sanaa Seif spoke alongside MPs including David Lammy MP, the Shadow Foreign Secretary, and the representatives of other British citizens who are or have been detained abroad, including Richard Ratcliffe.

English PEN’s President Philippe Sands, Honorary Vice President Ben Okri, and Director Daniel Gorman are among more than 1000 signatories including public intellectuals, artists, and human rights defenders to have signed an open letter to the Foreign Secretary Liz Truss  calling for ‘an urgent intervention so that he can return to his family and son’ and urging her to use ‘all diplomatic leverage to immediately seek Alaa’s freedom’. Signatories including leading actors Khalid Abdalla, Olivia Colman, and Carey Mulligan were among those to read from Abd El-Fattah’s essay ‘Half an Hour With Khaled’ (featured in You Have Not Yet Been Defeated, pub. Fitzcarraldo Editions) in a poignant video to mark Father’s Day on 19 June.

Alaa Abd El-Fattah has been detained since September 2019 on trumped-up charges of ‘spreading false news’ and ‘using social media to commit a publishing offence’.  He was sentenced in December 2021, following a grossly unfair trial before The Emergency State Security Court: the sentenced has been widely condemned by leading international human rights organisations, including PEN International, Amnesty International, the Committee to Protect Journalists, and Human Rights Watch. Due to the exceptional nature of the court, Alaa Abd El-Fattah cannot appeal the decision.