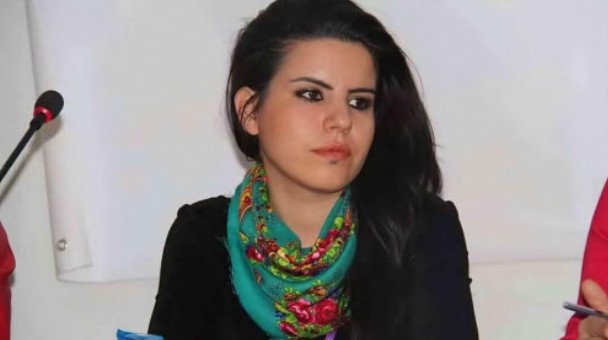 Following a week of snow, it might have been expected that All Saints Church wouldn’t have attracted many people on a Thursday evening. However, the chairs gradually filled and lots of people new to PEN’s work attended. The English PEN Modern Literature Festival is one that serves to bring together a global writerly community through the power of poetry and also string together those often rare threads in time, those brought together by connections made across the world.

That’s how it felt when each of those performing were given the opportunity to share their thoughts on the writers they were reading from. David Spittle when reading for Ahmedur Rashid Chowdhury (Tutul) told the story of when Ahmedur was asked what he missed the most about Bangladesh after his exile: he responded ‘myself’. It is this poignant sense of loss that fed into so many stories told during the evening. One day before Ahmet Şık’s court appearance, where he was fortunately released, the atmosphere in the room was one of great hope too.

Adam Baron reading for Turkish journalists Can Dündar and Erdem Gül recounted how when he last performed for PEN Erdem and Can were still not free and remarked upon how wonderful and precious it felt for this to no longer be the case. He then told a story about having a single negative critic of his own work approach him in anger and feeling immense distress at the confrontation, and imagining how mammoth the feeling must be when it’s actually a whole country reacting in fury against the work that you are doing.

Mona Arshi reading for Zehra Doğan spoke about the nature of fear and overcoming it and the way the night brought her together, poet to poet with Zehra. Indeed it is occasions like this where writers and those who have the opportunity to help can work in service of the community to help break down those barriers of fear. A key point echoed through the night was the way that involvements and relationships were being built through this process that would carry on in the years to come.

Nights like this wouldn’t be possible without curator and writer SJ Fowler, the Idea Man behind the festival, the English PEN team and the many others who took part in this year’s festival.

If you’re interested in supporting the Writers at Risk programme and more of the work English PEN are doing then please consider becoming a member of English PEN or visit englishpen.org/donate/

Tice Cin is a Turkish-Cypriot writer based in North London. She is an alumnus of the Barbican Young Poets programme and is currently writing a novel set in Tottenham focusing on the diverse communities within it. You can find the poetry she shares on Instagram: @ticecinwrites

Videos of all this year’s readings are available here