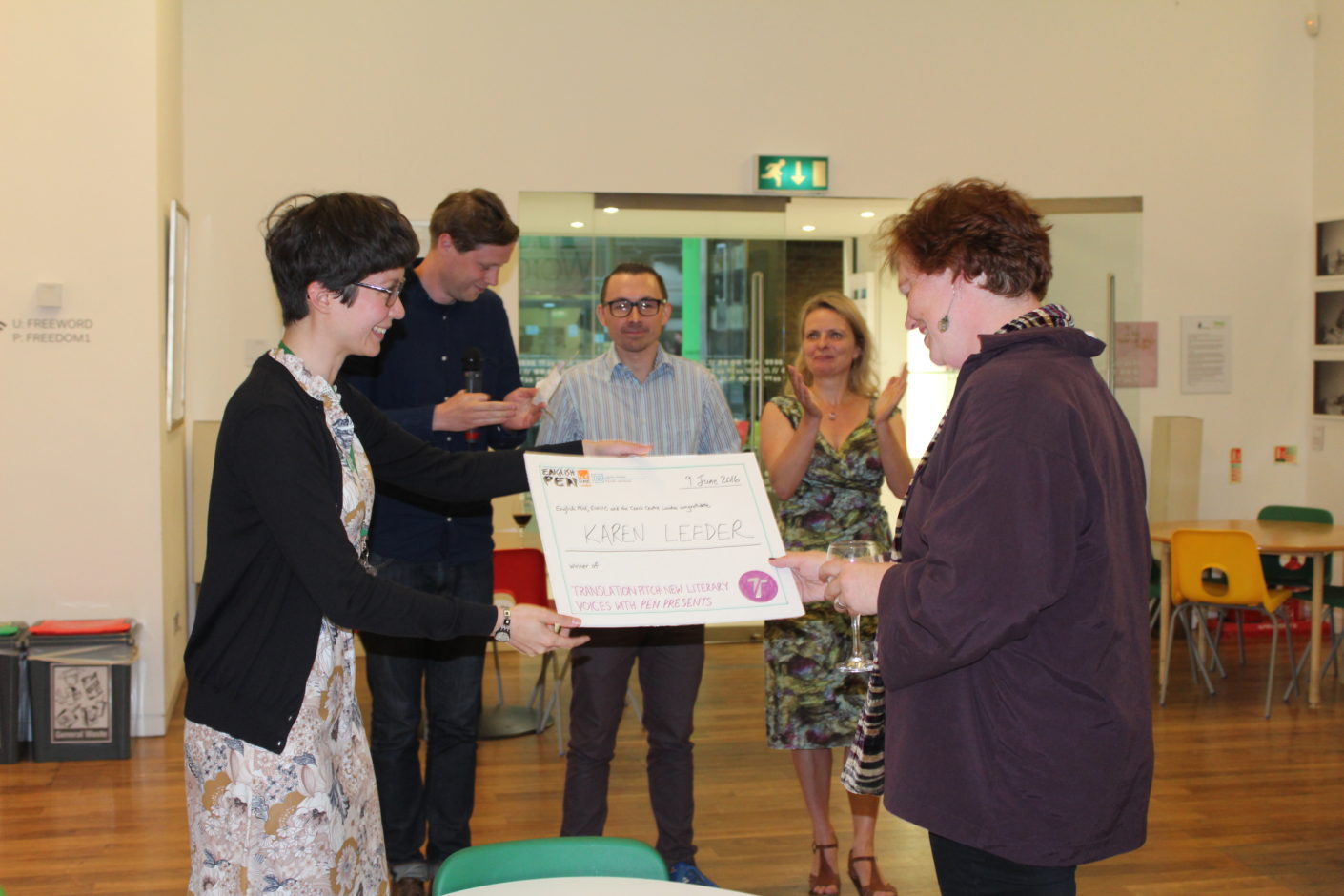 The Translation Pitch: New Literary Voices with PEN Presents, part of the 2016 European Literature Festival, was a celebration of contemporary European literature – and of literary translators as champions for new writing. Six translators took to the stage to present their must-acquire books – from Italy, the Netherlands, France, Germany, Turkey and Spain – to an enthusiastic audience at London’s Free Word Centre and a distinguished panel of publishers: Max Porter (Granta/Portobello), Meike Ziervogel (Peirene Press) and Stefan Tobler (And Other Stories).

Translator James Womack received a special commendation for his presentation of Antonio Orejudo’s campus novel A Brief Respite, but Karen Leeder won the day with her presentation of Ulrike Almut Sandig’s mesmerising poetry collection Thick of It.

In partnership with EUNIC, the Czech Centre London and Free Word.

Find out more about all six titles and their translator-champions

Listen to the audio recording