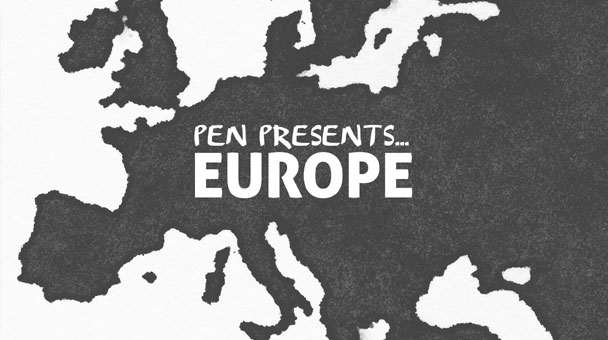 Six European titles are unveiled today as the winners of English PEN‚Äôs first ‚ÄòPEN Presents‚Äô initiative, which aims to draw attention to exciting contemporary books which have not yet been acquired for an Anglophone market. The list, selected from a pool of books submitted by emerging translators across Europe, includes Ilva Fabiani‚Äôs award-winning debut The Long Nights of Anna Alrutz, Catherine Dufour‚Äôs dystopian sci-fi novel A Taste for Immortality, and literary heavyweight Kristien Dieltiens‚Äôs Cellar Child, a gripping YA cross-over novel based on the real-life case of ‚Äòwolf child‚Äô Kaspar Hauser.

Complete information, samples and reports of all six winning books are now available on English PEN‚Äôs website, in the form of a downloadable catalogue.

English PEN‚Äôs ‚ÄòPEN Presents‚Äô initiative seeks to help UK publishers to discover ‚Äì and publish ‚Äì the best books from around the world, and to support literary translators in their development as advocates for international literature.

‚ÄòPEN Presents‚Ä¶ Europe‚Äô has been developed in partnership with EUNIC (European Union National Institutes for Culture) London and the Czech Centre. The translators who submitted the six winning books will each be awarded a prize of ¬£250, and will all take part in a celebratory event at the Free Word Centre as part of the inaugural European Literature Festival. At The Translation Pitch: New Literary Voices with PEN Presents (9 June), they will pitch their books to a live audience and a jury of top publishing experts: Max Porter (Granta/Portobello), Meike Ziervogel (Peirene Press) and Stefan Tobler (And Other Stories).

Future rounds of ‚ÄòPEN Presents‚Äô aim to travel to Asia, Africa and the Americas, as well as to ‚Äòunder-represented‚Äô genres such as children‚Äôs literature. English PEN is currently seeking a funding partner for the next round, to open in September 2016.

Erica Jarnes, manager of the Writers in Translation programme, said:

This pilot round of PEN Presents has given us a glimpse into what can happen when literary translators get into the driving seat as champions of international literature. Translators are hugely important to the work of English PEN, and it feels appropriate that this new initiative is all about supporting them in their development as literary advocates, as well as helping them to make new connections with publishers both here and abroad. The six European titles which have won in this round are genuinely exciting and I hope UK publishers take note!