Seven Ways to Kill a Cat 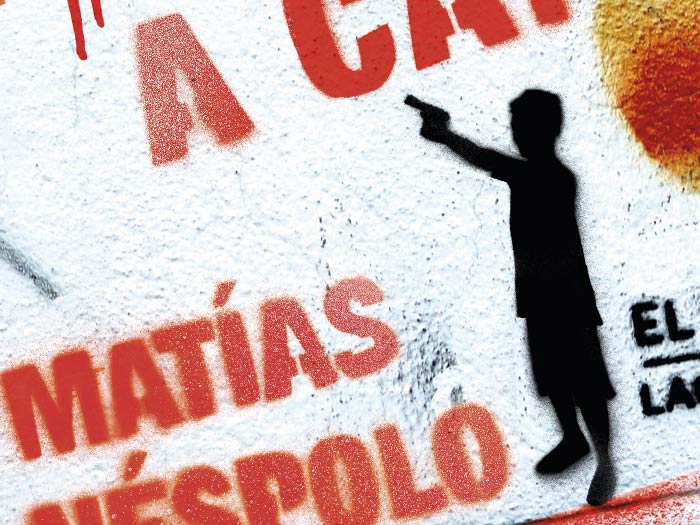 Seven Ways to Kill a Cat by Matías Néspolo, Translated by Frank Wynne

As tense as a thriller, as vivid as an undercover documentary, debut novel Seven Ways to Kill a Cat takes the reader on a rollercoaster ride through a place of crime and deprivation. Set in Buenos Aires at the time of Argentina’s financial crash, and seen through the eyes of twenty-year-old Gringo, it tells the story of two boys on the cusp of adulthood who have no choice but to join the gang warfare that rules their community. At least, Gringo’s friend Chueco thinks they have no choice. He’s determined to prove himself hard enough to get into El Jetita’s gang, but smart enough to remain his own man. Gringo is more intelligent. He knows that gangs don’t work like that: you obey the leader or else. As the two get drawn ever deeper into a pitched battle between El Jetita and his rival Charly over control of the barrio’s drugs and prostitution, Gringo sees a life of love and loss pass before his eyes. A few days before, he was joking with Chueco about killing cats. Now, he’s fighting to save his skin.

Written in the street-slang of the slums, and full of fantastic characters from the sympathetic Gringo to the ruthless gang leader El Jetita or the grotesque bar owner Fat Farías, this is one of those novels that is about one place and every place.

Published by Harvill Secker in November 2011.

Matías Néspolo was born in Buenos Aires in 1975. He studied literature, going on to  write poems, short stories, journalism and then Seven Ways to Kill a Cat, his acclaimed first novel. He has been living in Barcelona since 2001 and, in 2010, was selected by Granta as one of their best young contemporary Spanish-language novelists.

Frank Wynne is an Irish literary translator and writer. Born in 1962 in Co. Sligo, Ireland, he worked as a comics editor at Fleetway and later at Deadline magazine before becoming a literary translator. He jointly won the International IMPAC Dublin Literary Award with Houellebecq for Atomised. He has also won the 2008 Scott Moncrieff Translation Prize.

English PEN works in partnership with The Reading Agency to inspire more people to read more books in translation. By offering PEN supported titles through the Reading Groups for Everyone Initiative we have been able to reach readers around the country and get their feedback on the books we promote. We are very grateful to Harvill Secker for donating reading group copies of Seven Ways to Kill a Cat.

If you are interested in signing your reading group or book club up to the scheme, then please sign up here.

Originally posted with the url: www.englishpen.org/writersintranslation/supportedtitles2011/sevenwaystokillacat/