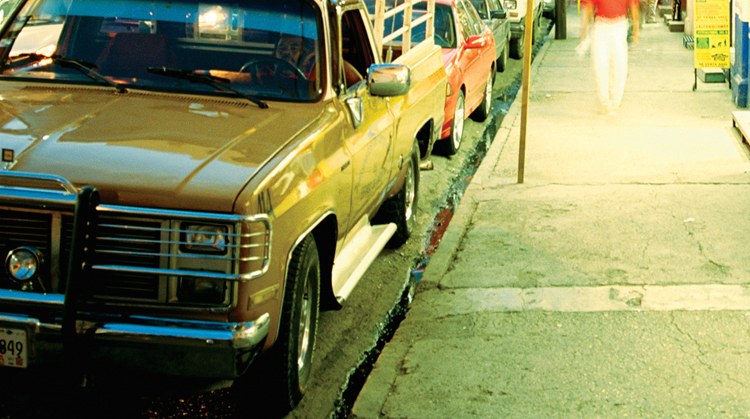 One of the great boons of a book club is the opportunity to hear about others’ reading experiences firsthand, offering alternative perspectives to one’s own, often resulting in a greater appreciation of a book we might not have cared for very much.

But our discussion of Sidewalks turned out a little differently from previous ones. Some, but by no means all, of us were taken by her prose, feeling that she is capable of expressing ideas with great beauty and clarity. But the book, as a whole, left a rather less satisfying impression.

Luiselli is, as the Mexican member of the Book Club revealed, the daughter of an ambassador, a member of the country’s privileged political class. It is those with money and contacts, largely those of European descent, who tend to dominate the literary scene, and Luiselli’s perception of Mexico reflects this. Her essay ‘Relingos: The Cartography of Empty Spaces’ is about the ‘in-between’ plots of land in Mexico City which in fact the local community uses in a variety of creative ways; Luiselli describes them as places with no designated purpose, essentially a blank canvas for her writerly imagination. The idea of privilege also gives a new perspective on the ease with which Luiselli was able to register as a Venetian resident when in need to urgent medical care, in another chapter of the book.

Her constant citing of the greats of the global literary canon was something that grated with most of us. It became especially egregious in ‘Return Ticket’, where the lists of texts on her shelves was presented as if it gave gravitas to her own writing, but without any engagement with what those writers might mean to her (or to the reader).

Luiselli states that ‘My world was shaped by books’; she certainly doesn’t seem to engage with the places she visits beyond the philosophical ideas that they prompt. Her memory of India is ‘a superimposition of many streets’. She is taken by her Manhattan doorman’s life advice of spending a night in as many different places as possible, but, as she then admits, it’s not an idea she’s really carried out.

Luiselli comments that writing about Venice is like emptying a glass of water into the sea, an observation that’s unoriginal in itself, as if challenging herself to offer something new about a city that has captured the artistic imagination like no other. Beyond the occasional detail, such as her opening observation that ‘searching for a grave… is like arranging to meet a stranger in a cafe’ or the fellow cemetery visitor who steals the offerings left on Brodsky’s stone, we felt she doesn’t succeed.

The literal and philosophical wanderings that characterise so much great writing clearly mean a lot to Luiselli, taken as she is by the concepts of temporary spaces and blurred boundaries. But while she is a writer of great talent, in Sidewalks she is also one in search of a book worth writing.