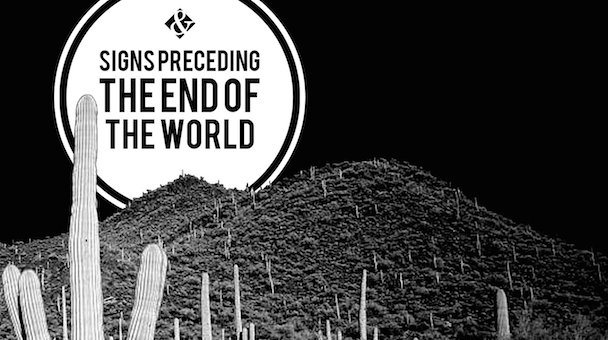 November saw the fourth meeting of the Book Club, with Signs Preceding the End of the World by Mexican author Yuri Herrera (translated by Lisa Dillman) the book under discussion. As members get to know each other better, the debate is becoming livelier and we’re really seeing the benefits of hearing other perspectives.

The food’s getting better too: many thanks to Molly who bought along some thoroughly Mexican homemade salsa, and to Scott, who baked rooibos tea and vanilla biscuits – not Mexican, but delicious enough for the rest of us to ask for the recipe, which he has now posted on our Facebook page.

1: We found ourselves doubting whether we should believe in Makina as a realistic character. While each episode is credible in itself, this teenage girl goes through a series of highly dangerous experiences largely unscathed, almost as if she were a hero from classical myth. Is she perhaps meant to represent the cumulative experiences of many (a little like Julie Otsuka’s The Buddha in the Attic, a personal favourite)?

2: The novel’s tone of voice varies a lot, much more than a simple contrast between the languages that Makina switches between. Most striking is her spontaneous and out-of-character poem for the cop (pp.99–100), beginning ‘We are to blame for this destruction…’ Is such a blatant interjection of the author’s own voice viable?

3: Another issue of voice: in her afterword to the novel, translator Lisa Dillman states her intention ‘to leave a linguistic reminder to the reader that this is, in fact, a translated text’, a notable example being her much-remarked-upon used of ‘verse’ to render the word ‘jarchar’. Is her desire to leave her own mark overstepping the bounds of what we expect from a translator?

4: Some felt that the depiction of the American characters was stereotypical, with all of them coming across as ill-intentioned, ignorant or simply as sheep-like slaves to capitalism. Is this fair and does it matter?

5: Finally, before we move on to December’s destination, Angola, what other Mexican literature would people like to recommend?