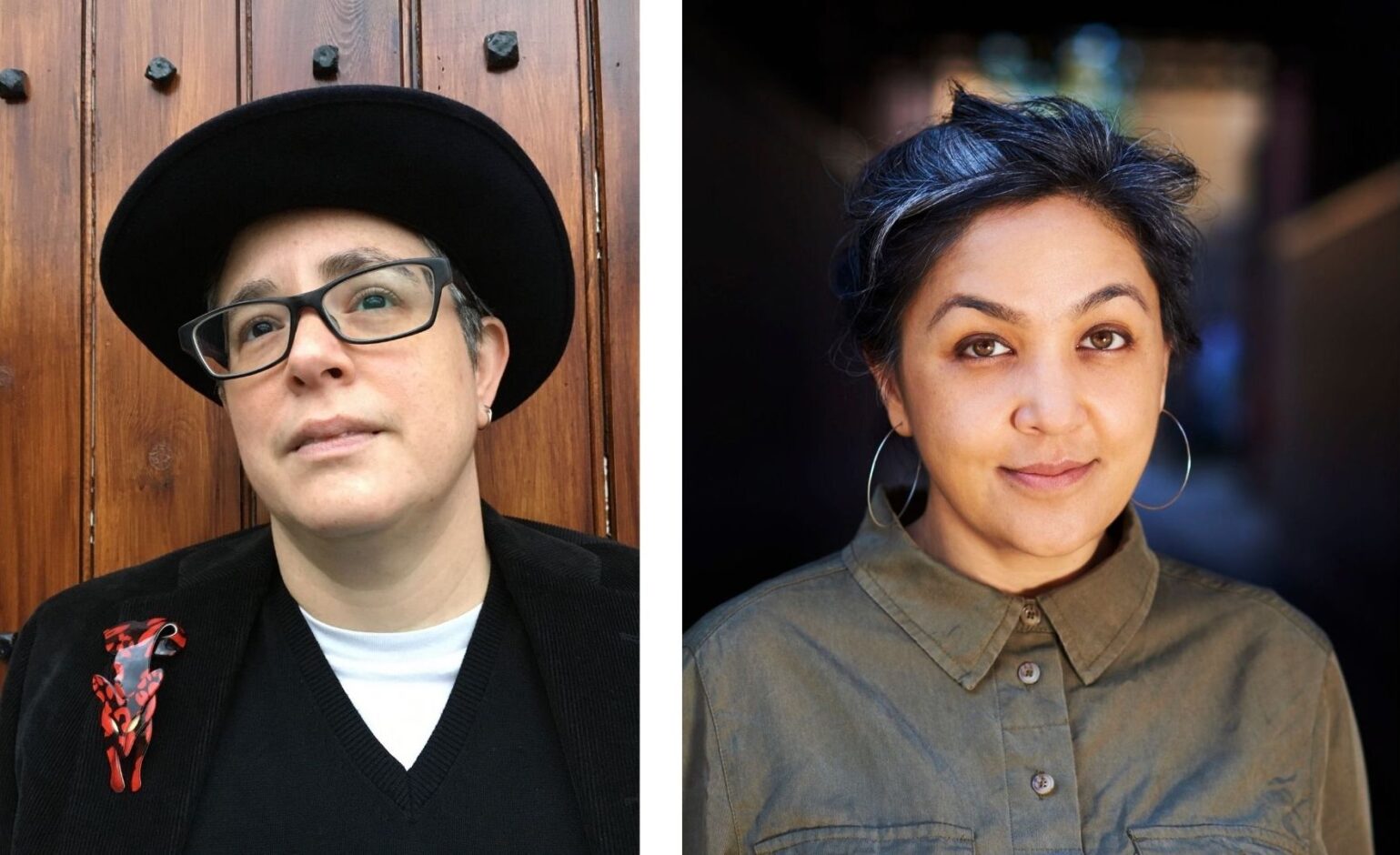 Today English PEN announced the appointment of authors So Mayer and Preti Taneja as co-chairs of the organisation’s Translation Advisory Group. In their new roles as co-chair, they will advise on the development and delivery of English PEN’s translation and international programme, including its flagship grant for translated literature, PEN Translates. Mayer and Taneja take over from outgoing co-chairs Sarah Ardizzone and Ros Schwartz.

So Mayer is the author of books including A Nazi Word for a Nazi Thing (Peninsula Press, 2020), they are also a bookseller at Burley Fisher, a curator with queer feminist film collective Club des Femmes, and co-founder of Raising Films, a campaign and community for parents and carers in the film industry. Preti Taneja’s first novel, We That Are Young, won the Desmond Elliott Prize and her latest book, Aftermath, is out now with Transit in the US, and will be published in the UK by And Other Stories in 2022. Taneja is also Professor of World Literature and Creative Writing at Newcastle University and a Trustee of Shadow Heroes, an education initiative working with young people through creative translation workshops.

‘We are delighted to be appointed as co-chairs of English PEN’s Translation Advisory Group. Sarah Ardizzone and Ros Schwartz’s collaborative vision and leadership has contributed hugely to the variety and profile of literature in translation available to Anglophone readers, supporting small presses and encouraging emerging translators. Building on our years of experience collaborating as writers, editors and activists, we look forward to continuing this work, expanding the conversation with the translation community as we work for equity on all fronts.’

‘It has been our enormous privilege to co-chair English PEN’s Translation Advisory Group for the past five years. During this time, the programme has expanded, supporting translations from an ever-growing array of languages. How rewarding to see more publishers making bold choices that enhance bibliodiversity and ultimately benefit readers. Our congratulations to the new co-chairs, Preti Taneja and So Mayer, a dream team who will be bringing a new energy and perspective to the programme.’

‘English PEN is indebted to Sarah Ardizzone and Ros Schwartz for their redoubtable talent, wisdom, care and commitment as Translation Advisory Group co-chairs. The translated literature landscape has benefitted monumentally from the fruits of their tenure. I am delighted that they pass the mantle to the extraordinary So Mayer and Preti Taneja, whose deep and varied specialisms, activist outlook, and formidable abilities will guide English PEN as we advance our work championing internationalism and bibliodiversity, advocating for translators, fighting for equity, and helping exceptional literature make its way into the hands of readers.’

So Mayer is the author of A Nazi Word for a Nazi Thing (Peninsula Press, 2020), jacked a kaddish (Litmus, 2018), Political Animals: The New Feminist Cinema (IB Tauris, 2015) and (O) (Arc, 2015). They contributed an essay in Not That Bad: Dispatches from Rape Culture, edited by Roxane Gay (Allen & Unwin, 2018) and the introduction to Spells: 21st Century Occult Poetry, edited by Sarah Shin and Rebecca Tamás (Ignota, 2018). So is a bookseller at Burley Fisher, a curator with queer feminist film collective Club des Femmes, and co-founder of Raising Films, a campaign and community for parents and carers in the film industry.

Preti Taneja is a writer and activist. Her novel We That Are Young (Galley Beggar Press) won the Desmond Elliott Prize for the UK’s best debut of the year, and was listed for awards including the Folio Prize, the Shakti Bhatt First Book Prize, the Republic of Consciousness Prize, and Europe’s premier award for a work of world literature, the Prix Jan Michalski. It has been translated into several languages and is published in the USA by AA Knopf. Aftermath (Transit Books/ And Other Stories) is her second book: a lyrical essay on the language of trauma, terror, prison and abolition. Preti is a contributing editor at The White Review and Professor of World Literature and Creative Writing at Newcastle University, UK.