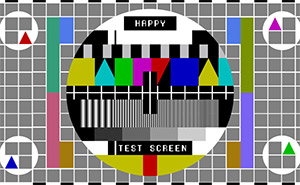 Saudi Arabian writer, blogger and free speech activist Raif Badawi was arrested in Jeddah in June 2012. The following July, he was convicted under the information technology law of ‘founding a liberal website,’ ‘adopting liberal thought’ and for ‘insulting Islam’ and sentenced to seven years and three months in prison and 600 lashes. The online forum, Liberal Saudi Network – created to foster political and social debate in Saudi Arabia – was ordered to be closed down by the judge.

Following an appeal submitted by his lawyer Waleed Abu Al-Khair, who himself is now serving a 15-year prison sentence, in December 2013 it was reported that the Court of Appeal had reversed the ruling and that the case be sent for review by another court.

Hopes mounted but were dashed the following May when the sentence, rather than being dropped or reduced, was made increasingly harsh: ten years in prison, 1000 lashes, a huge fine, and two additional penalties – a ten-year travel ban and ten-year ban from participating in visual, electronic and written media, both to be applied following his release.

The sentence was confirmed that September and it was order that the 1000 lashes should be administered 50 at a time, in public, every week after Friday prayers.

The first 50 of these lashes, given outside a mosque in Jeddah on 9 January 2015, led to a global outcry on Raif’s behalf. The following week, the authorities postponed a second flogging on medical grounds after doctors said wounds from the previous lashing had not healed. More than two years later while no further floggings have yet taken place, no further explanation has been given as to why not and the threat of additional lashes still looms large. Indeed, recent reports suggest that a second round of 50 lashes could be inflicted on him at any time.

Raif has now served nearly half of his ten year prison sentence and the campaign for his release, championed by his remarkable wife Ensaf Haidar, continues.

English PEN has been campaigning for Raif’s release since he was first arrested and, following the widely condemned flogging, have been holding regular vigils outside the Saudi Embassy here in London, while protests continue to take place across the globe. Meanwhile Raif has been awarded numerous prizes, including the 2015 Sakharov Prize and the PEN Pinter Prize for an International Writer of Courage. On announcing Raif as the winner of the award, James Fenton, who had chosen to share the prize with him, explained:

What moved me was the contrast between the simplicity of [his] liberal aims –their modesty, almost – and the ferocity of the punishments they have brought down on him.

Six hundred lashes, a thousand lashes, to be administered in public, fifty at a time, for the crimes of founding a liberal website, adopting liberal thought, insulting Islam. Imprisonment, astonishing fines, corporal punishment designed to break either the spirit or the body first and to act as a chill warning to others.

It is a world of inconceivable cruelty, but intimately linked to ours by business, strategic interests, military and diplomatic ties. For our part, then, protest has a purpose and – who knows? – perhaps even a chance of some sort of success.

Ask your MP to support Early Day Motion 37, ‘Ongoing imprisonment of Raif Badawi‘ tabled by Stewart McDonald MP in support of Raif Badawi and his lawyer Waleed Abu Al-Khair. You can write directly to your local MP via the Write To Them website.

English PEN has been holding regular vigils at the Saudi Embassy to call for the release of Raif Badawi and his lawyer Waleed Abu Al-Khair. These typically take place on the final Friday of the month from 9-10am but please do check the English PEN website for updates.

NB Activists are asked to meet at the Curzon Street entrance to the Embassy. (note: the postal address of the Embassy is 30-32 Charles Street, Mayfair, London).

We are aiming to get 1000 images to represent the 1000 lashes to which Raif has been sentenced. As well as helping to raise and maintain awareness of his case, these photos will serve as a powerful visual representation of the widespread support for Raif and his family .

Please share your photo, ideally with details of where it was taken (eg Embassy of Saudi Arabia, London, UK).

Send us your photos: