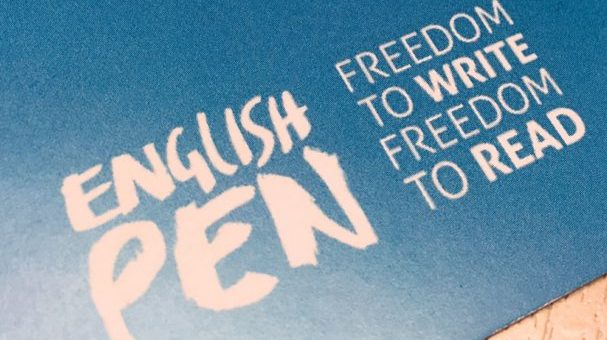 Following a careful internal investigation, the board of English PEN has concluded that on the basis of the totality of the information that has been made available to it, there is no reason to invite Anthony Julius to stand down as a trustee. Julius, who is Deputy Chairman of the law firm Mishcon de Reya, became a trustee in December 2017. Questions about his position on the board were raised in May 2018 by the family of the murdered Maltese journalist, Daphne Caruana Galizia, who alleged that Mishcon de Reya had 'sought to cripple [their mother] financially with action in UK courts'. The case was widely reported in the UK press and on social media. Julius was invited to stand for election because he has given considerable support to English PEN in recent years, having offered pro bono assistance in our work with writers and journalists at risk. He is Professor in Law and the Arts at UCL, and is the author of the ground-breaking TS Eliot, Anti-semitism and Literary Form. He is currently at work on a new monograph about censorship in the arts. English PEN condemns the persecution and murder of Daphne Caruana Galizia. English PEN also condemns legal actions – and the threat of legal actions – which are intended to have a crippling effect of the kind that has been reported by some media and journalists. However, having been given access to Mishcon de Reya's correspondences on the matter. which it has carefully reviewed, and having spoken and communicated with the principal individuals involved on both sides, as well as an independent human rights lawyer, the board has concluded that the material put before it does not support the claims that have been reported or made in this particular case. Beyond the conclusion that has been reached on the basis of the material that was made available to the board, the decision was made on the basis of two criteria: 1: The legal correspondence was not in breach of our founding principles, which are as follows:

PEN stands for the principle of unhampered transmission of thought within each nation and between all nations, and members pledge themselves to oppose any form of suppression of freedom of expression in the country and community to which they belong, as well as throughout the world wherever this is possible. PEN declares for a free press and opposes arbitrary censorship in time of peace. It believes that the necessary advance of the world towards a more highly organised political and economic order renders a free criticism of governments, administrations and institutions imperative. And since freedom implies voluntary restraint, members pledge themselves to oppose such evils of a free press as mendacious publication, deliberate falsehood and distortion of facts for political and personal ends.

2. Under our articles, trustees are appointed as individuals, not as representatives of organisations, subject to full disclosure of possible conflicts of interest. In the arena of conflict of interests we note that Julius was not personally involved in the correspondence with Daphne Caruana Galizia. Our inquiries have, however, brought to light the growing problems and a unique set of new challenges faced by media outlets and journalists in the UK and internationally from law firms seeking to chill investigations, and manage reputations of wealthy clients, at a time when an increasing number of complex and politically important investigations are conducted by independent reporters. Since the legal profession was deregulated several decades ago, there has been a steady move towards law firms offering services that go far beyond the law courts. This has put an increasing strain on their professional ethics as set out by the Law Society and overseen by the Solicitors Regulatory Agency (SRA). At the same time, media organisations have radically reduced staffing, while their investigations have globalised, which leaves worldwide networks of independent bloggers, freelance journalists and NGOS vulnerable to intimidation and worse. We believe that English PEN is able to help confront this new set of challenges. PEN exists to create spaces for constructive dialogue, safe from the noise of polarised and accusatory debate. If we are to promote a proper conversation about the unintended consequences of today’s interplay between law, the media, and global capital and determine how to address the new ways in which free expression in the public interest is being chilled, or destroyed altogether, we need those spaces more than ever. We are grateful to the Caruana Galizia family for bringing this troubling trend to our attention. We are also grateful to those members who reached out to the board to share their concerns. Moving forward, English PEN is committed to taking the lead in investigating and campaigning around this complex issue, as we continue to support and protect freedom of speech and the invaluable work done by investigative journalists around the world.