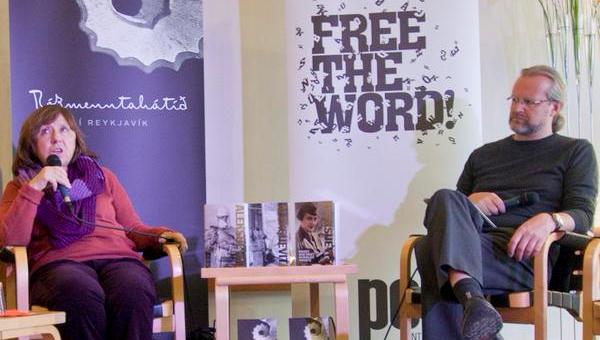 We congratulate the Belarusian journalist and PEN member Svetlana Alexievich on winning the 2015 Nobel Prize in Literature. Alexievich is the author of books including oral histories of the 1986 Chernobyl nuclear disaster, and of ordinary citizens at war, most notably reportage from  Soviet women in World War II and more recently direct accounts from the frontline of the war in Afghanistan. As  Alexievich has explained: ‘all of my books consist of witnesses’ evidence, people’s living voices’.

The Belarusian government ‘s human rights record has been described as ‘poor’ . According to www.civilrightsdefenders.org: ‘ The Belarusian government continues to severely curtail freedoms of association, assembly, and expression, and the right to a fair trial’. In a week’s time presidential elections will be held in Belarus. Following the 2011 elections, Alexievich commented  that they were : ‘a humanitarian catastrophe for the entire Belarus society. It’s usual that people who have had a high profile politically prior to an election are silenced afterwards. But the events following this election have been more radical than ever before. This time, anyone who had said anything that was at all critical of the regime was persecuted, assaulted or detained in custody’. This crackdown led to the detention of Iryna Khalip, later the 2013 PEN Pinter International writer of Courage (chosen by Tom Stoppard)  and her husband Andrei  Sannikov. English PEN was closely involved in the campaign for their release, working with Belarus Free Theatre and Free Belarus Now.

As well as the deterioration in human rights English PEN is also concerned about the challenging environment for publishers in Belarus following the recent new law on publishing, which introduced strict licensing requirements on publishers.

English PEN hopes that this significant honour of the Nobel Prize being awarded to Svetlana Alexievich, a tireless chronicler of voices which might not otherwise be heard, will further highlight the civil and political injustices in Belarus and go some way to bringing about the restitution of free speech and freedom of expression for all Belarusians.