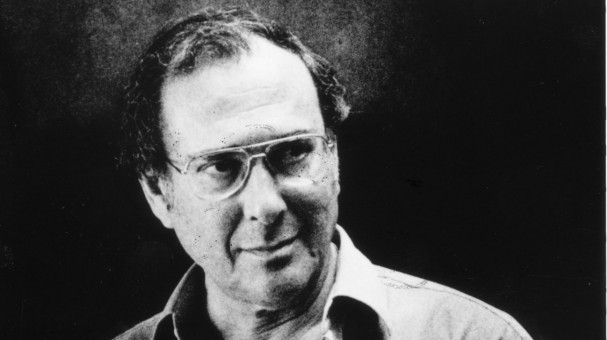 English PEN is also pleased to announce that from 2016 the eligibility of the prize, formerly for British writers only, will be extended to writers from Britain, the Republic of Ireland and the Commonwealth.

Maureen Freely commented on behalf of the panel:

With this prize, now in its eighth year, we honour great writers whose deeds and words extend far beyond the published page.  We at English PEN would like to offer our thanks to our three distinguished judges, and – as always – to Antonia for her wise and constant support.

This is the perfect way to mark the memory of Harold because, like him, the PEN Pinter Prize combines respect for great writing with an unquenchable concern for human rights.

The PEN Pinter Prize was established in 2009 by English PEN, founding centre of the worldwide writers’ association and freedom of expression charity, in memory of Nobel Laureate playwright and poet Harold Pinter. The prize is awarded annually to a writer of outstanding literary merit, who, in the words of Harold Pinter’s Nobel Prize in Literature speech, casts an ‘unflinching, unswerving’ gaze upon the world and shows a ‘fierce intellectual determination … to define the real truth of our lives and our societies’. The PEN Pinter winner is required to be available to give a lecture or similar public performance on receipt of the prize, the ceremony for which will take place on 13 October 2016 at the British Library.

Each year the PEN Pinter winner chooses an International Writer of Courage to share the prize, selected from a shortlist of international cases supported by English PEN. The recipient will be an international writer who is active in defence of freedom of expression, often at great risk to their own safety.

Vicky Featherstone: Artistic Director of the Royal Court Theatre. Her work for the Royal Court includes How to Hold Your Breath; God Bless the Child; Maiden: Voices from the Uprising; The Mistress Contract; The Ritual Slaughter of George Mastromas; Talk Show; Untitled Matriach Play and The President Has Come to See You. Her other work includes Our Ladies of Perpetual Succour; Enquirer, An Appointment with the Wicker Man; 27; The Wheel; Somersaults (National Theatre of Scotland); The Small Things; Pyrenees; On Blindness; Tiny Dynamite; Crazy Gary’s Mobile Disco; Splendour; Crave (Paines Plough). Vicky was Artistic Director of Paines Plough 1997-2005 and Artistic Director of The National Theatre of Scotland 2005-2012. In 2016 Vicky will direct Cyprus Avenue by David Ireland and X by Alistair McDowall.

Zia Haider Rahman: Born in rural Bangladesh, Zia Haider Rahman was educated at Balliol College, Oxford, and at Cambridge, Munich, and Yale Universities. He has worked as an investment banker on Wall Street and as an international human rights lawyer.  In the Light of What We Know, his first novel (2014, Farrar, Straus and Giroux/Picador), won the James Tait Black Memorial Prize, Britain’s oldest literary prize.

Sir Peter Stothard: Editor of the Times Literary Supplement. From 1992 to 2002 he was Editor of The Times. He is the author of two books of diaries, On the Spartacus Road, A Spectacular Journey Through Ancient Italy (2010), and Thirty Days, A Month at the Heart of Blair’s War (2003). He also wrote Alexandria: The Last Nights of Cleopatra (2010). He was a judge for the Man Booker Prize (2012), was chairman of the judges for The Forward Poetry Prize (2003) and a judge of the Whitbread Book of the Year (1997). He is an honorary fellow of Trinity College, Oxford and served as President of the Classical Association in 2011/12.