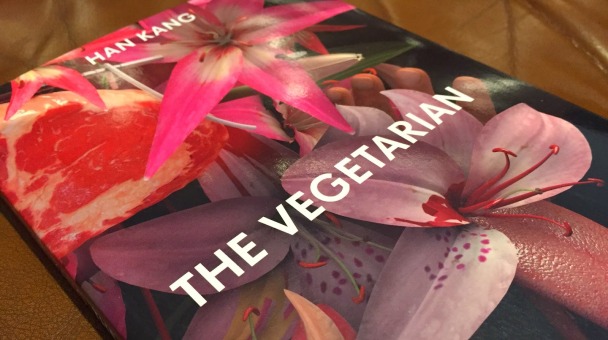 Translator Deborah Smith was our first special guest as we discussed September’s book, The Vegetarian by Han Kang. The Book Club would like to extend its thanks to Deborah for her enthusiasm and insight.

She offered us plenty of fascinating background information about the South Korean literary scene, including the high regard given to short stories, the successful publication of which is a common prerequisite for those wanting to publish longer-form fiction. She also spoke about how women have come to dominate the scene, especially since the country’s switch to democracy in the 1980s. (This is the focus of Human Acts, the next book by Han Kang which Deborah has translated, and from which she read ahead of the novel’s release in January.)

These are some of of the discussion points raised by members. You can share your views on our Facebook page.

#1. Most South Korean writers start out as short story writers, with the form held in much higher regard than in the UK. Many of us were unaware when we read the book that it was originally written as three separate stories, only later being presented as a novel. Some felt it held together as a contiguous work, others that the three parts were better considered individually.

#2: Other than the fragmentary images of her dreams in the first part, the book doesn’t offer a voice to Yeong-hye, its main character. There was debate about whether this reflected specifically patriarchal attitudes, the rejection of the unorthodox in a society that remains socially rigid, or even the projection of powers onto the mentally ill.

#3: Deborah Smith mentioned that representations of art and its creation are a consistent motif in Han Kang’s fiction. Did In-hye’s husband’s video art project have any validity or did he simply exploit Yeong-hye? Did it play any part in exacerbating Yeong-hye’s obsession?

#4: A topic we’re likely to return to regularly: how much does our Western perspective affect our reading of the novel? Did it affect how we felt about Yeong-hye’s family’s shocked response to her vegetarianism, or about the societal tolerance of violence against women, from Yeong-hye’s father trying to force a piece of meat into her mouth to her rape by her husband?

#5: Further reading: there remains very little South Korean literature available in English, with Shin Kyung-sook’s Man Asian Prize-winner Please Look After Mother (or ‘Mom’ in the USA) by far the best-selling example, although Sun-mi Hwang’s The Hen Who Dreamed She Could Fly was a minor hit last year. What else can people recommend?