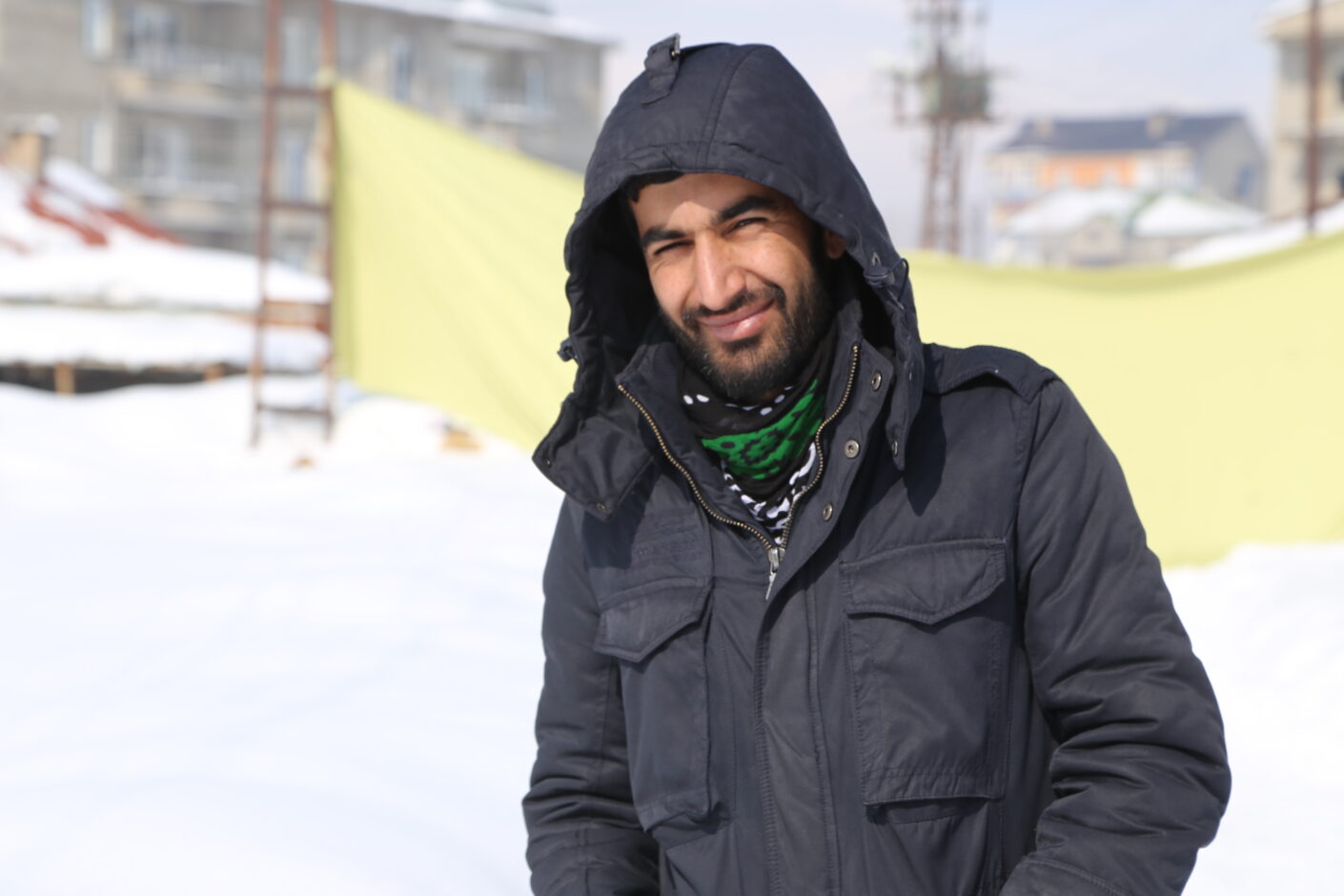 English PEN is pleased to announce that we have appointed imprisoned Kurdish writer Nedim Türfent as an Honorary Member.

News editor, reporter and poet Nedim Türfent is one of many writers currently imprisoned in Turkey. In December 2017, more than 18 months after his arrest, Türfent was handed an eight-year-and-nine-month prison sentence on trumped-up terrorism charges. He has now spent more than 1500 days in detention.

Nedim Türfent has been a case of concern to English PEN for a number of years, ever since his situation was brought to light by fellow journalist Nurcan Baysal, our former writer-in-residence. As Baysal wrote in a recent essay for PEN Transmissions :

I hadn’t heard from Nedim for a year. Like many Kurdish journalists, he was forgotten behind the bars. A year after his arrest, in May 2017, I received a letter from him. He asked for my help in telling his story. He told me that he was alone in a tiny cell, his only company the mice and insects. There were no radios or newspapers in his cell – nothing to read, other than the writing on the cleaning products that kept him going. He longed for a voice, for a face.

After reading his letter, I was ashamed. With our daily struggle taking its toll, I too had forgotten Nedim in that tiny cell. A day later, I wrote an article about his situation on T24, a Turkish daily internet newspaper. Journalists began to call me and, on 14 June 2017, a group decided to go to Yüksekova and participate Nedim’s first trial. With this, his situation reached a national and international public, and organisations began to take on his case.

Since then, English PEN and our sister centres around the world been active in our support for Nedim Türfent, including through a solidarity campaign launched in 2018. PEN members have translated his poem ‘Let My Heart Give Life’ into multiple languages; read and shared his work at events; created new work in his honour; and joined a global call for his release.

Perhaps most importantly of all, supporters across the globe have sent him countless letters and messages of solidarity. In a letter sent to PEN, he described just how much these letters have meant to him:

I want you to know that your letters, which have rendered iron curtains meaningless and ineffective, have filled my two-step-long cell with resistance, resolve and hope.

To show our ongoing commitment to supporting him as best we can, we are delighted that English PEN’s board of trustees have now appointed Turfent as an Honorary Member.

Maureen Freely, Chair of the Board of Trustees of English PEN said:

Membership of English PEN means being of a global movement united in a belief in the freedom to read and the freedom to write. We are proud and honoured to have Nedim among our members and will continue to stand with him until he fully regains these freedoms.

On learning that he had appointed an Honorary Member of English PEN, Nedim Türfent sent the following message:

Seven locked doors were opened to me, one after another, and yet still I remained in a dark corridor. This was the scene as I came from my cell to make my permitted telephone call to convey this message. And yet still I walked on air as I came to tell you of my great debt of gratitude. No matter that flames from the enormous excitement at this news flicker in my heart and set it burning, still I cannot find the right words to truly thank you. It really is a great honour for me to have been chosen by you as an Honorary Member of English PEN. This honour will open a new window in my cell in this depressing and draining prison. I feel as though, if I were to pile up my books, one atop another and stand on them, I will be able to look out of this new window and see much further than I do at present.

Your recognition alone is sufficient to make a person fall in love all over again with his or her pen; with writing. The role of writers and all who work with words is even more important and their responsibility even greater when we know that some of us are being throttled by the pressure of the state, some flowers of our country’s rainbow are being plucked out one by one. Whilst authoritarianism in Turkey does not yet show signs of having peaked, it is even more crucial that writers fulfil their responsibility to promote and make space for peace and freedoms in our everyday lives. In this knowledge and with this belief I know I too have the debt of my part to play in sowing the seeds of peace and freedom in the very words I write. I thank you all one thousand times again.  With the might of the pen.

Send a message of solidarity

If you would like to post a message of solidarity and congratulations to Nedim Türfent please email [email protected] for further details. You can also send a virtual message here.

Support freedom of expression around the world

Stay updated on our latest campaigns

Help support writers whose right to freedom of expression is under attack.