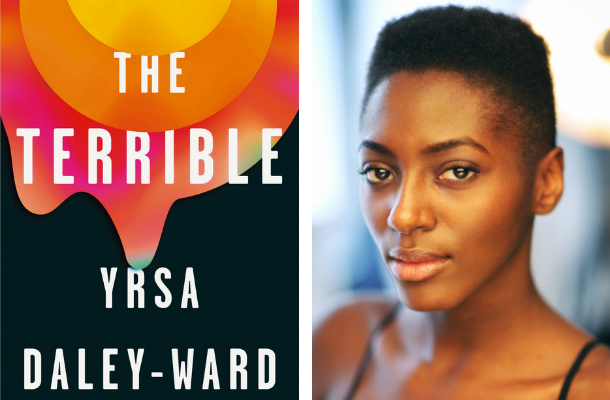 English PEN has announced Yrsa Daley-Ward as the winner of the PEN Ackerley Prize 2019 for her memoir TheTerrible (Penguin).

Two other books were shortlisted for the prize The Unmapped Mind by Christian Donlan (Viking) and Gloucester Crescent by William Miller (Profile).

In recent years the judges of the PEN Ackerley Prize have become aware of certain shared themes in the books they read, be it swimming, gay parents or serious illness; but it would be hard to imagine three books less like each other than those we selected for this year’s shortlist.  They each take a very different approach to autobiography and deal with very different experiences of the world. What they do have in common, however, is that they exemplify the kinds of qualities that J R Ackerley strived for in his own writing. All three of them provide very frank self-portraits and are uncommonly well written, whether detailing the perils of finding your way in contemporary Britain as a young, mixed-race woman, engaging with the onset of a life-changing medical condition, or describing what it is like to be an ordinary young boy growing up among a group of famous intellectuals. Reading these three books was an exhilarating experience, and we hope that by shortlisting them we will encourage others to go out and buy them. In the end, however, it was the sheer originality, energy and fearlessness of Yrsa Daley-Ward’s The Terrible that made it this year’s winner.

I never expected to write a memoir. I still feel strange telling anyone that I have written a memoir! Two years ago I sat down to write what I thought would be a fantasy book about children and magic, but what followed was a different kind of thing altogether, because everything was true. Sometimes when you have a lot of what feels like heavy truth inside you, it has to move out of the way to make space for other things. And so, here we are. The truest thing I have written so far. I never thought I’d tell another living soul some of the things that are in this book.

Further information about J R Ackerley and the prize can be found on the newly launched website: www.jrackerely.com