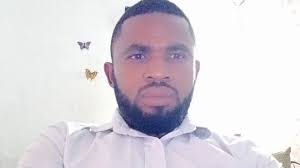 English PEN joins PEN International in calling on the Cameroonian authorities to release journalist Paul Chouta immediately and unconditionally and drop the charges against him.

Paul Chouta, a reporter for the news website Cameroon Web¬†and manager of a popular news page on Facebook Le TGV de l’info was arrested in Yaound√© on 28 May 2019. His arrest relates to a defamation complaint filed by a French-Cameroonian writer, allegedly centred on a video Chouta had posted about the writer on his social media page, which showed them in a dispute with a man. Chouta was denied bail on 31 May 2019 and was later formally charged with criminal defamation and false news.

‚ÄòPaul Chouta has been detained for five months under laws that severely and unduly restrict freedom of expression,‚Äô said Salil Tripathi, chair of PEN International‚Äôs Writers in Prison Committee. ‚ÄòPEN has long maintained that when questions of reputation are involved, those making the complaint should use civil means, and not criminal laws, to seek redress. We believe therefore that Chouta should be immediately released and allowed to get on with his reporting, even if it is critical.‚Äô

According to the Committee to Protect Journalists (CPJ), Chouta had received anonymous threats in the lead up to his arrest and was attacked outside his home in February 2019 by suspected government agents. Chouta is a government critic, well-known in particular for his video interviews and live reporting. He has reported on sensitive topics such as the arrest of a former government official and allegations of abuse against the police. His arrest also takes place against a wider context of a crackdown on critical voices (see below). Chouta is also studying journalism at ISTIC (Institut Sup√©rieur de traduction, d‚Äôinterpr√©tation et de Communication).

Chouta‚Äôs trial has suffered numerous postponements and complications. At a hearing on 10 September, Chouta‚Äôs lawyers were informed that an application for joinder of Chouta‚Äôs case with another case had been presented before the Court.  The application for joinder relates to another individual who had also been charged with defamation and false news by the French-Cameroonian writer. Chouta‚Äôs lawyers opposed the joinder; however, the judge ruled to join the two cases and adjourned the hearing to 8 October 2019. At the most recent hearing on 8 October, Paul Chouta was not present in the courtroom and his legal team were told that the lawyers representing the second defendant had filed an appeal on the decision to join the cases. His file is currently at the court of appeal for examination. The reason for the appeal is unclear.

PEN opposes¬†the use of¬†criminal defamation and false news laws to restrict dissent and urges the Cameroonian authorities to promptly abolish their false news and criminal defamation laws and put in place sufficient safeguards to protect the right to reputation through civil law, including preventing the imposition of excessive fines or damages.

Cameroon has been in political turmoil since 2016, when protests broke out in the South West and North West regions of the country, in response to grievances from the Anglophone population and calls for reforms. The authorities responded by cracking down heavily on the peaceful protests. Since then, the crisis in the Anglophone regions has deepened, with separatist groups taking up arms, and spiralling violence; there are reports of attacks on civilians carried out by both government forces and separatists. Half a million people have been displaced by the conflict.

Journalists have been caught in the middle of reporting on the crisis in the English-speaking regions; press workers frequently suffer attacks, arbitrary detentions and prosecutions, including by military tribunals or special courts, and face a generally hostile reporting environment.

The space for dissent has also been restricted over the past few years in the rest of the country, and a crackdown on critical voices has increased, in particular following the October 2018 presidential elections. Chouta is among a handful of journalists who are in detention in Cameroon, and other writers and artists in Cameroon have also been targeted for their peaceful expression.