Skip to content
Home > Campaigns > Day of the Imprisoned Writer 2019

Day of the Imprisoned Writer 2019 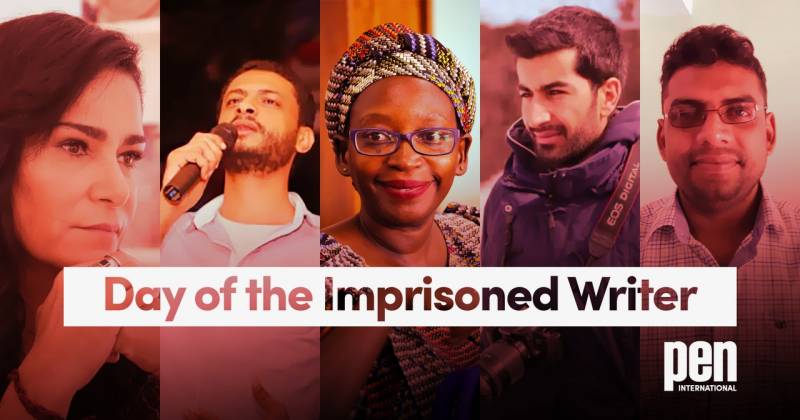 On 15 November, the Day of the Imprisoned Writer, join English PEN and our sister centres around the world as we stand in solidarity with writers and journalists at risk and in prison

Each year, PEN highlights the cases of persecuted writers – be they imprisoned, facing prosecution or otherwise at risk – that are emblematic of the type of threats and attacks faced by writers and journalists around the world. On this day, PEN centres, members and supporters worldwide come together to take action for our colleagues and call on those responsible to end their persecution.

We are delighted that three of the writers featured in PEN’s 2018 Day of the Imprisoned Writer campaign – Wael Abbas, Shahidul Alam and Oleg Sentsov – have since been released from prison, and to be co-hosting a sold out event with Oleg at the Frontline Club a year later. We nevertheless continue to call for justice for Miroslava Breach Velducea and for the release of Dawit Isaak.

This year, PEN is highlighting the cases of:

English PEN is also asking our members to send messages of support to writer Ahmet Altan following his re-arrest on 11 November 2019, just a week after his release from prison in Turkey.

Please send your messages of support to [email protected] or via the form below.