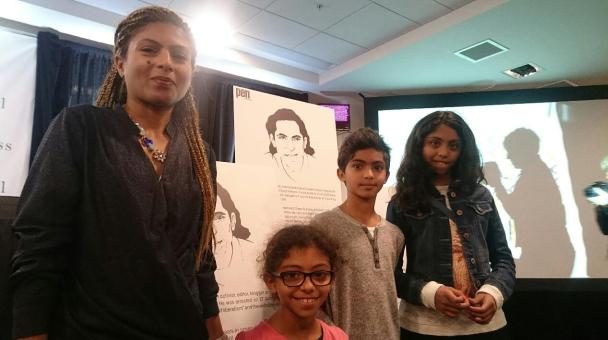 On 23 March 2016 from 1-2pm, English PEN and Little, Brown Book Group are holding a special vigil in support of imprisoned blogger Raif Badawi and his lawyer Waleed Abulkhair outside the Saudi Embassy in London.

This week sees the publication of Raif Badawi: The Voice of Freedom by Ensaf Haidar and Andrea C. Hoffmann, translated by Shaun Whiteside (Little, Brown). It is Haidar’s unforgettable account of her marriage to Raif Badawi, the Saudi blogger sentenced to 1000 lashes and 10 years in prison, and tells the story of the survival of their love against all odds, and of her courageous fight for her husband’s freedom. With courage born of desperation, Haidar is fighting from exile in Canada to secure the release of Badawi, the father of her three children.

Ensaf Haidar has been a tireless advocate for her husband, becoming one of the most visible and widely recognised defenders of human rights in the world. The publication of her book will help Raif Badawi’s story reach a new audience and bring greater pressure on democracies to call for his release and perhaps even question their own relationship with the Saudi regime. Raif is serving a prison sentence for doing no more than expressing his opinion, the publication of Ensaf’s book is great proof that censorship never works.

English PEN and Little, Brown are joining forces to hold a special vigil to mark the release of Haidar’s memoir and to amplify the call for Badawi’s immediate release. Jimmy Wales, a long-standing supporter of Badawi, will also be in attendance.