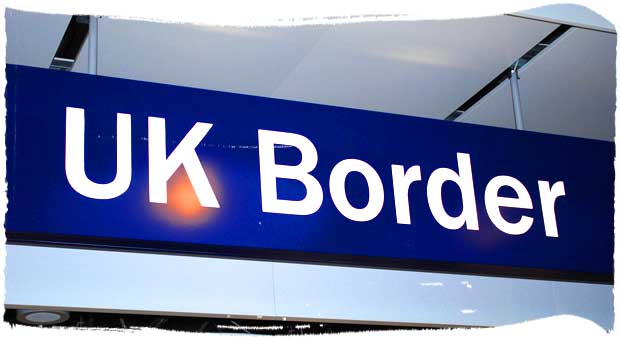 The new scheme ‘Permitted Paid Engagement’, was announced today by the Home Secretary, Rt. Hon. Teresa May MP.  It allows artists to visit the UK for short periods to engage in paid work, without placing a costly bureaucratic burden on the arts organisations who host them.

The scheme bridges a gap in the current visa arrangements, which discourages small publishers and grassroots arts organisations from inviting their artists to the UK for paid engagements.  It is similar in scope to the proposals outlined by English PEN last year, which called for an ammended ‘Entertainer Visitor’ route that allowed paid work.

English PEN joined the Manifesto Club in campaigning for reform of the visa system in 2010, when it emerged that wirters and artists were being discouraged from visiting the UK.  Following the introduction of the strict Points Based Visa System, some artists were refused visas when they applied, while others were deported when they arrived in the UK.

Kamila Shamsie, the novelist and Trustee of English PEN, said:

We welcome this new scheme, which plugs a gap in the visa system that left artists adrift and alienated.  We hope that it will encourage publishers, galleries and other institutions to commission more international work, and invite more artists to the UK.

However, it is essential that the new scheme is applied fairly.  We urge the UK Border agency to ensure that all its personnel understand the new route, and that they treat both visa nationals and non-visa nationals equally.

It is clear that it is the campaigning work by the Manifesto Club and English PEN members that has led to these changes.  In her statement, Theresa May made it clear that the new route had been created “in response to feedback that the that sponsorship requirements in the [Points Based System] can be unduly onerous and inflexible”.  Her colleague, the Immigration Minister Damian Green, was more direct during a speech earlier this month.  He said:

We do not want to be discouraging world-class performers from coming [to the UK]. I am aware that this has been a sore point for some time and we are taking action.