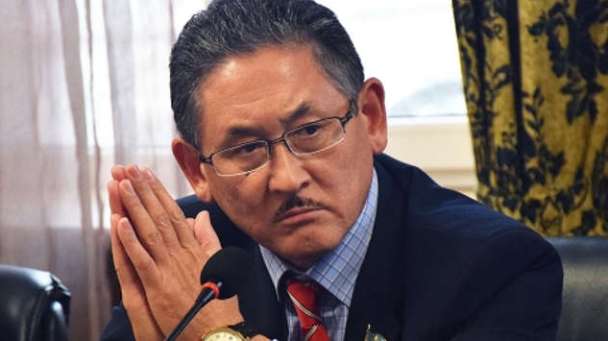 On 15 November 2016, as PEN centres around the world marked the annual Day of the Imprisoned Writer, journalist Bigeldy Gabdullin, the President of the Kazakh PEN Club, was arrested in connection with alleged extortion.

According to Kazakhstan’s National Anti-Corruption Bureau, Bigeldy Gabdullin used his positions as editor-in-chief of the Central Asia Monitor and director of Radiotochka to defame the business reputations of public officials and extort 10 million tenge (equivalent to almost US$29,000). Bigeldy Gabdullin is currently held under a two-month pre-trial detention order, the longest period allowable under Kazakh law. Since his arrest, he has been held in the Temporary Detention Facility of the Department of Internal Affairs in the capital of Kazakhstan, Astana. He is currently only being allowed communication with his lawyer, and no family members are able to see him or speak to him.

PEN fears that Gabdullin may have been targeted for his reporting critical of government officials. We are calling for him to be released unless clear evidence of a criminal offence is made available in which case he should be charged and tried promptly and fairly in accordance with international fair trial standards.

Read a statement from our colleagues at Kazakh PEN here.

Send appeals to the Kazakhstan authorities:

• Calling for the immediate release of Bigeldy Gabdullin unless clear evidence of a criminal offence is made available and he is charged and tried promptly and fairly in accordance with international fair trial standards;
• Expressing concern at reports of the widespread use of torture against detainees and prisoners in Kazakhstan and urging the Kazakhstan authorities to ensure that Bigeldy Gabdullin is protected from torture or other ill-treatment while held in detention;
• Expressing further concern at the extensive application of criminal law provisions to individuals exercising their right to freedom of expression and lack of independence of the judiciary and urging the authorities to ensure that Kazakhstan upholds its obligations to protect freedom of expression.