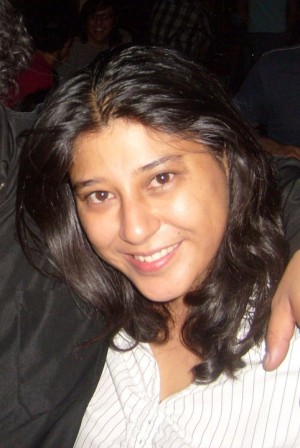 It is now more than four years since the prominent poet and women‚Äôs rights advocate Susana Ch√°vez Castillo was found murdered in the border town of Ciudad Ju√°rez on 6 January 2011. She had been strangled and had had one of her hands cut off; her body was only identified five days later. Ch√°vez had been highly vocal in calling for justice for the hundreds of women killed in the Ju√°rez area since the early 1990s, both as an activist and through her writings; she took part in numerous poetry readings which she dedicated to the murdered women. Her poem ‚ÄòSangre Nuestra‚Äô (Our Blood) was written from the perspective of a victim.

Blood of my own,

blood of a broken moon,

of a woman in bed

Open to the madness.

Blood as its own liberation,

Blood, river of my songs,

Sea of my abyss.

Blood, painful moment of my birth,

Nourished by my last appearance.

Throughout the course of their investigation, the authorities denied that Ch√°vez‚Äô murder was related in any way to her activism and poetry, or to organised crime, despite the recent murder and harassment of numerous other local rights defenders. The Chihuahua state attorney general‚Äôs office alleged that she was killed by three teenage boys she had met while out drinking, and on 3 April 2013, a court in Ciudad Ju√°rez sentenced three juveniles to 15 years in prison for her murder. According to reports, one of her alleged killers was released on 22 July 2013 after a court found that there was insufficient evidence to support the claim that he was directly involved in Ch√°vez‚Äô murder.

Despite a conviction for Ch√°vez‚Äô killing, in the vast majority of murders of writers and journalists, impunity reigns. Mexico remains one of the most dangerous countries in the world in which to exercise one‚Äôs right to freedom of expression. At least 67 print and internet journalists, bloggers and writers have been murdered in the country since 2004. Very few ‚Äì if any ‚Äì of these murders have been satisfactorily resolved. At least 10 other print journalists have disappeared since in Mexico in the last decade; their fate remains unknown Few if any of these crimes have been solved.

In March 2013, PEN International and Guadalajara PEN submitted a shadow report on violence and impunity in Mexico to the Office of the High Commissioner on Human Rights as part of the United Nations‚Äô Universal Periodic Review of Mexico‚Äôs human rights record. In its report, PEN called for full and transparent federal-level investigations into the murder and disappearance of journalists and writers as well as investigations into all allegations of attacks carried out by government entities.

In 2012, PEN International published the anthology Write Against Impunity, a literary protest highlighting the escalating violence against journalists, writers and bloggers in Latin America ‚Äì in particular Mexico, Honduras and Brazil ‚Äì and the impunity enjoyed by those who commit these crimes. A number of contributors to the anthology dedicated poems to Ch√°vez‚Äô memory, including the poem ‚ÄòTongue‚Äô, by Carmen Boullosa,¬† who will be appearing at the English PEN Literary Salon on Thursday 16 April, and Claribel Alegr√≠a‚Äôs poem ‚ÄòImpunity‚Äô.

As part of our ongoing 2015 Mexico focus and to mark this year‚Äôs World Poetry Day we are joining with PEN International and PEN centres all over the world in calling for justice for Susana. Please join us.

Please send appeals calling on the Mexican authorities to:

Please also send copies of your appeals to the Mexican Embassy: