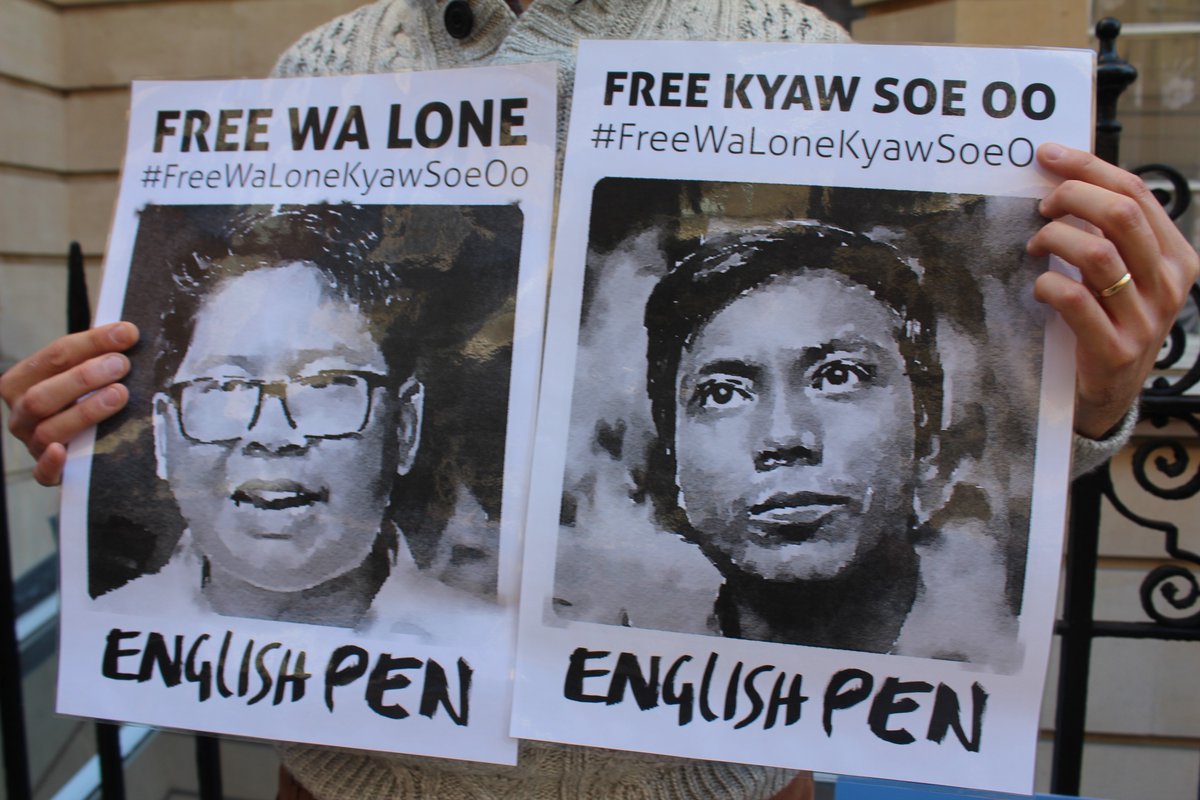 Wa Lone, 33, and Kyaw Soe Oo, 29, were arrested and detained on 12 December 2017. They faced months of hearings and a trial before being sentenced to seven years in jail on 3 September 2018. Despite appealing the verdict, the pair spent over 500 days in prison. Their final appeal was rejected by Myanmar’s Supreme Court this April, a mere week after the reporters won the 2019 Pulitzer Prize in Investigative Journalism.

There was no justification in charging or arresting them. Their reporting should have led to the arrests of military officers responsible for the massacre. Instead, for telling the truth, they were arrested and jailed. Wa Lone and Kyaw Soe Oo have deservedly won international honours for their journalism. The 500 days they have lost cannot be brought back. But Myanmar must urgently amend its Official Secrets Act, which is penalising those who speak the truth and benefits only those who have something to hide.”

Upon his release, Wa Lone said:

I’m really happy and excited to see my family and my colleagues. I can’t wait to go to my newsroom.

Both men have young children. Prior to his release, Wa Lone had only seen his daughter during a small number of prison visits.

PEN Myanmar published several statements urging Myanmar’s court to consider the consequences for freedom of expression in the country.