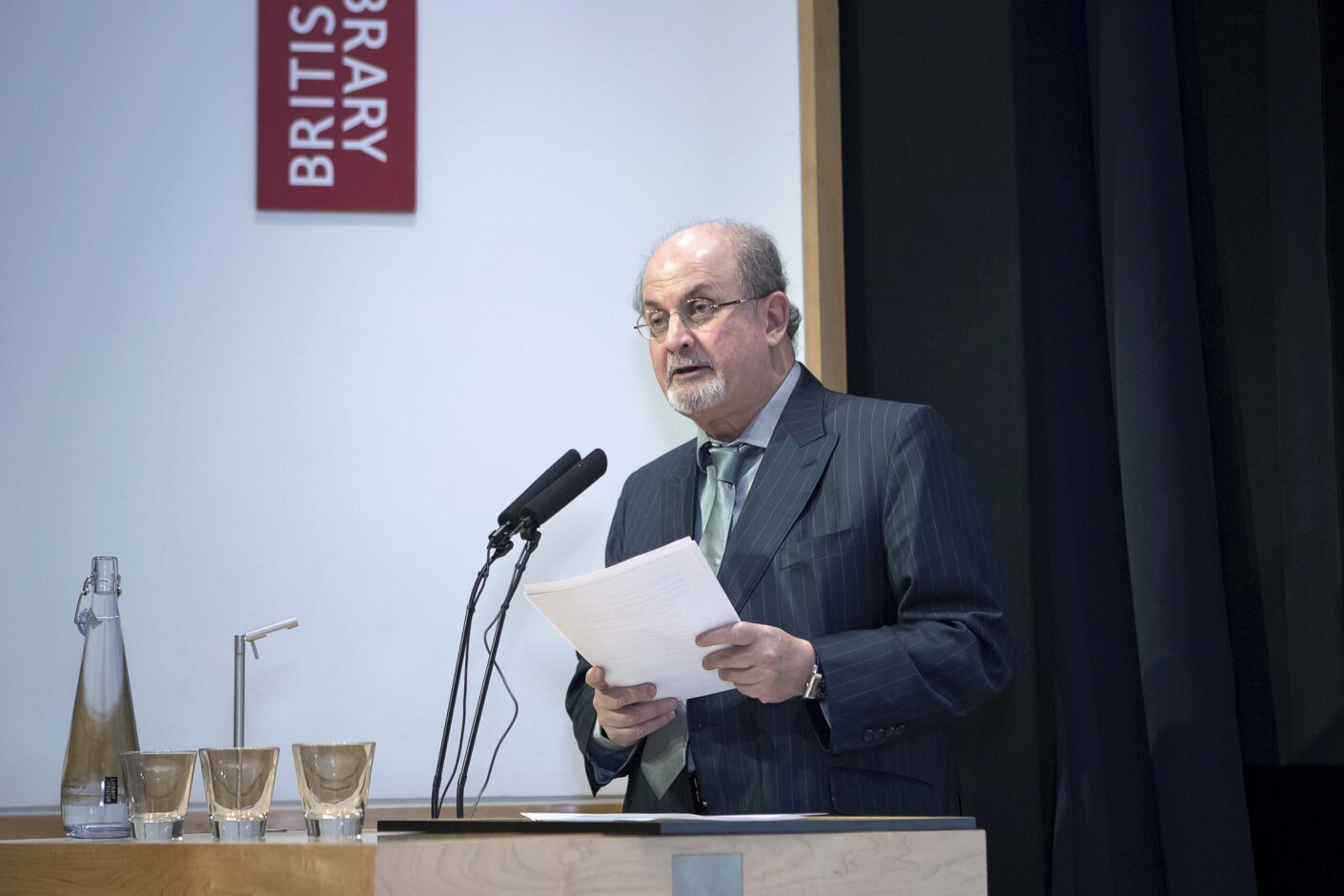 English PEN was appalled by the news that award-winning author Salman Rushdie was attacked onstage in New York during an event on 12 August. We join PEN centres around the world in condemning the attack and in wishing him a full and fast recovery.

‘We are horrified by this terrible attack. Our thoughts and hopes are with Salman Rushdie and his family and loved ones. As a worldwide community of writers and readers, of which Salman Rushdie has long been a leading member, we will continue to protect, defend and promote freedom of expression and speech in all its forms, and we will do so without fear or favour, with passion and resolve, now and always. We stand foursquare alongside Salman Rushdie.’

‘This brutal attack is a reminder of how vulnerable writers are for simply exercising their right to free expression. We are relieved that Salman Rushdie is recovering, and we send our love and best wishes to him and his family.’

‘PEN International utterly condemns the brutal attack on Salman Rushdie. Salman is an esteemed and celebrated author and beloved member of the PEN community, who has been facing threats for his work for years. No one should be targeted, let alone attacked, for peacefully expressing their views. We wish our dear friend a speedy recovery. Our thoughts are with him and his family.’

Salman Rushdie, a long-standing and hugely dedicated member of PEN, was awarded the 2014 PEN Pinter Prize. Former President of English PEN Maureen Freely described the award as ‘English PEN’s way of thanking Salman Rushdie not just for his books and his many years of speaking out for freedom of expression, but also for his countless private acts of kindness. When he sees writers unjustly vilified, prosecuted, or forced into exile, he takes a personal interest. I think he would be the first to say that it was Harold Pinter who set the example in this regard: the engaged writer never sleeps.’

‘It is hard to find words to express the emotions occasioned by today’s shocking attack on Salman Rushdie. As a former President of our organization, Salman means so much to us. His leadership in the wake of 9/11 set the course for the two decades which have followed. He has been and remains a tireless advocate for imperiled writers, for unfettered intellectual and creative exchange, and one of the last half-century’s great champions of freedom of expression.’