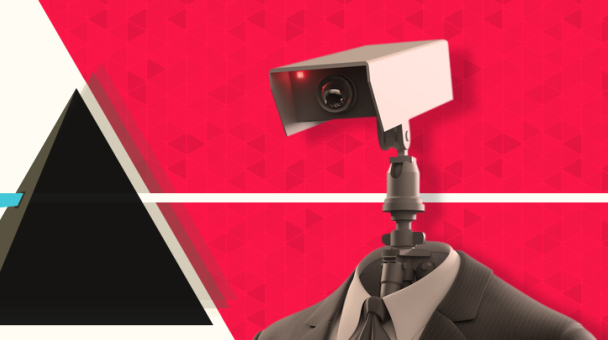 The Court found that the UK’s mass surveillance programmes, revealed by NSA whistleblower Edward Snowden, did ‘not meet the “quality of law” requirement’ and were ‘incapable of keeping the “interference” to what is “necessary in a democratic society”’.

Documents provided by Mr Snowden revealed that the UK intelligence agency GCHQ were conducting “population-scale” interception, capturing the communications of millions of innocent people. The mass spying programmes included TEMPORA, a bulk data store of all internet traffic; KARMA POLICE, a catalogue including “a web browsing profile for every visible user on the internet”; and BLACK HOLE, a repository of over 1 trillion events including internet histories, email and instant messenger records, search engine queries and social media activity.

The applicants argued that the mass interception programmes infringed UK citizens’ rights to privacy protected by Article 8 of the European Convention on Human Rights as the “population-level” surveillance was effectively indiscriminate, without basic safeguards and oversight, and lacked a sufficient legal basis in the Regulation of Investigatory Powers Act (RIPA).

In its judgment, the ECtHR acknowledged that ‘bulk interception is by definition untargeted’[2]; that there was a ‘lack of oversight of the entire selection process’,[3] and that safeguards were not ‘sufficiently robust to provide adequate guarantees against abuse’.[4]

In particular, the Court noted ‘concern that the intelligence services can search and examine “related communications data” apparently without restriction’ – data that identifies senders and recipients of communications, their location, email headers, web browsing information, IP addresses, and more. The Court expressed concern that such unrestricted snooping ‘could be capable of painting an intimate picture of a person through the mapping of social networks, location tracking, Internet browsing tracking, mapping of communication patterns, and insight into who a person interacted with’.[5]

The Court acknowledged the importance of applying safeguards to a surveillance regime, stating: ‘In view of the risk that a system of secret surveillance set up to protect national security may undermine or even destroy democracy under the cloak of defending it, the Court must be satisfied that there are adequate and effective guarantees against abuse.’[6]

However, today’s judgment that indiscriminate spying revealed by Mr Snowden breached fundamental rights protected by the ECHR is likely to provoke further questions as to the adequacy of the safeguards around similar mass spying powers in the IPA.

“Viewers of the BBC drama, the Bodyguard, may be shocked to know that the UK actually has the most extreme surveillance powers in a democracy. Since we brought this case in 2013, the UK has actually increased its powers to indiscriminately surveil our communications whether or not we are suspected of any criminal activity.

“In light of today’s judgment, it is even clearer that these powers do not meet the criteria for proportionate surveillance and that the UK Government is continuing to breach our right to privacy.”

“This landmark judgment confirming that the UK’s mass spying breached fundamental rights vindicates Mr Snowden’s courageous whistleblowing and the tireless work of Big Brother Watch and others in our pursuit for justice.

Under the guise of counter-terrorism, the UK has adopted the most authoritarian surveillance regime of any Western state, corroding democracy itself and the rights of the British public. This judgment is a vital step towards protecting millions of law-abiding citizens from unjustified intrusion. However, since the new Investigatory Powers Act arguably poses an ever greater threat to civil liberties, our work is far from over.”

This judgment confirms that the British government’s surveillance practices have violated not only our right to privacy, but our right to freedom of expression too. Excessive surveillance discourages whistle-blowing and discourages investigative journalism. The government must now take action to guarantee our freedom to write and to read freely online.

“What is at stake is the future of mass surveillance of European citizens, not only by UK secret services. The lack of accountability is not acceptable when the GCHQ penetrates Europe’s communication data with their mass surveillance techniques. We all have to demand now that our human rights and more respect of the privacy of millions of Europeans will be acknowledged by the UK government and also by all European countries.

“The Court has put down a marker that the UK government does not have a free hand with the public’s communications and that in several key respects the UK’s laws and surveillance practices have failed. In particular, there needs to be much greater control over the search terms that the government is using to sift our communications. The pressure of this litigation has already contributed to some reforms in the UK and this judgment will require the UK government to look again at its practices in this most critical of areas.”

Visit the Open Rights Group web page for further information about these cases.