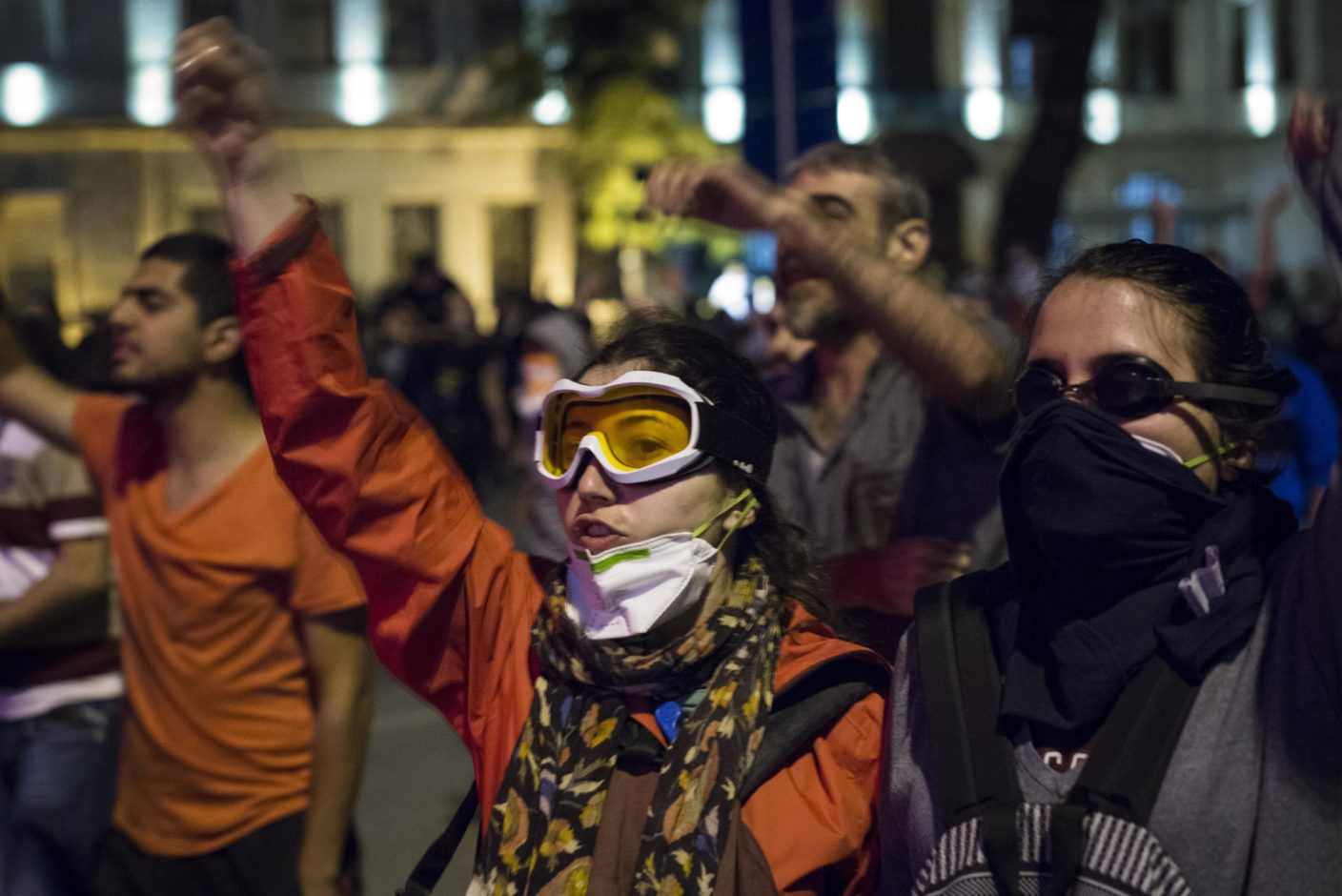 Freedom of expression in Turkey is rapidly deteriorating. Independent
media has been all but wiped out and at least 117 journalists are
behind bars, making Turkey the biggest jailer of journalists in the
world.

Join us on 30 November to hear stories of writers, artists and activists from Turkey who continue their work despite mounting pressure to self-censor. Award-winning writer Burhan Sönmez, investigative journalist Nurcan Baysal and lawyer Gökhan Ahi will share experiences of being harassed and imprisoned for their work, and discuss how people in Turkey remain determined to speak out in the face of censorship. The event will be moderated by author, journalist, translator and Chair of English PEN Maureen Freely.

Background: Freedom of expression under attacks in Turkey

In
just three years, Turkey’s publishing landscape has been all but
decimated. More than 300,000 books have been removed from Turkish
schools and libraries and destroyed. Several novelists have been
investigated for tackling challenging subjects, while some writers have
prosecuted for ‘insulting Turkishness’. Artist and journalist Zehra
Doğan spent more than 500 days in prison for a painting.

Access
to thousands of websites and platforms has been limited after the
government triggered a state of emergency decree to authorise removals
and blockings of websites without judicial oversight, a severe violation
of international standards; Wikipedia has been blocked since April
2017. Meanwhile, the crackdown on free expression continues as thousands
of individuals have been prosecuted for their social media posts,
following the recent Turkish offensive in Syria.

Burhan Sönmez is an award-winning
novelist. He is the author of four novels: North (2009), Sins and
Innocents (2011), İstanbul İstanbul (2015) and Labyrinth (2018). His
novels have been translated into more than twenty languages. Born in
Turkey, he grew up speaking Turkish and Kurdish, then later moved to
Istanbul where he worked for a time as a lawyer. He contributes to
various newspapers and magazines including the Guardian, la Repubblica,
L’Unita, Die Zeit, BirGün, Guernica, and Electric Literature.

Nurcan
Baysal is a Kurdish writer and human rights defender from Diyarbakır,
Turkey. She is the author of O Gün (That Day), Kürdistan’da Sivil Toplum
(Civil Society in Kurdistan, co-author), Ezidiler: 73. Ferman (Ezidis:
73rd Verdict) and O Sesler (Those Voices). She is also a columnist for
Ahvalnews. In 2017, Nurcan Baysal was awarded the ‘Brave Women
Journalists Award’ presented by the Italian Women Journalists
Association and she was named Global Laureate for Human Rights Defenders
at Risk by our colleagues at Front Line Defenders in 2018. She is one
of English PEN’s current writers in residence.

Gökhan Ahi has
been working as a lawyer since 2001. He is an active member of many
national and international non-governmental organizations. He is
particularly interested in digital rights, IT law and criminal law. He
is currently part time teaching IT crimes at Bilgi University. He
publishes and speaks at various conferences, televisions and newspapers
on freedom of expression, online censorship, cybercrime, digital
advertising, personal data law, and electronic commerce.

Maureen
Freely is an author, journalist, translator and academic. Her novel
Sailing through Byzantium was named as one of the best novels of 2014 in
both the TLS and the Sunday Times, and she has translated five books by
the Turkish Nobel Laureate Orhan Pamuk. Chair of English PEN, she has
worked closely with the organisation over the past 15 years, with a
particular focus on freedom of expression in Turkey: she has taken part
in fact-finding missions and attended many trials, as well as speaking
out for writers at risk.

Co-funded by the European Union