Show your support for Writers at Risk this World Book Night 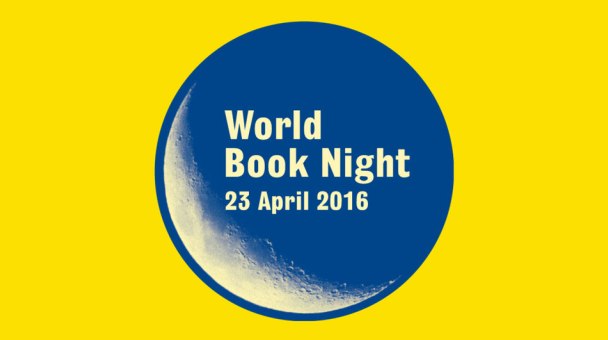 2016 marks the sixth year of World Book Night, an annual event which sees volunteers giving away thousands of books across the UK each year. A recent report showed how the ‘celebratory nature…and the delight at receiving a free book has had an overwhelmingly positive impact on recipients.’ This is certainly true of the writers to whom PEN supporters have sent books since World Book Night first began.

Back in 2011, one of our members sent a copy of her World Book Night title, Muriel Spark’s The Prime of Miss Jean Brodie to imprisoned writer Tran Khai Thanh Thuy in Vietnam.  Soon afterwards, we heard from the Vietnamese PEN Centre in Exile that the book had arrived. For a book to reach her, and especially one that had not been censored, was practically unheard of and provided a huge boost for Tran at a very difficult time.

In the years since, English PEN has applied to be an official giver, as well as encouraging our supporters to send books to writers at risk around the world. Books are known to have reached writers of concern to PEN in prisons from Iran to Vietnam, from Turkey to Cameroon, and have meant a great deal when they arrived.

These are obviously difficult times for her and it is these great acts of kindness by you and others throughout the world that make her lonely days and nights more tolerable.

From the family of imprisoned teacher and poet Mahvash Sabet, currently serving a 20-year prison in Evin Prison, Tehran.

I am one of the many people who has benefited from the books sent to prisoners all over the world by English PEN. They have brought me an irreplaceable joy and huge moral support whilst in Kondengui Prison.

From Cameroonian writer Enoh Meyomesse, released in April 2015 after more than three and a half years in prison.

Books started to arrive one after another. By the time I left B6 [in Bakırköy Women’s Prison in Istanbul] the number of books in our library was more than 1000, including ones sent by World Book Night givers.

From Professor Büşra Ersanlı, a Turkish academic and political scientist who spent nine months in Bakırköy Women’s Prison before her release pending trial in July 2012.

As well as sending books to writers at risk around the world, this year we will also be sending pieces inspired by 30 of those writers, written as part of the recent English PEN Modern Literature Festival, directly to the writers and their families wherever possible. We have also asked writers who took part in the festival to consider sending a book – either one of their own, or a personal favourite – to the writer with whom they were paired.

If you are interested in sending a book to a writer at risk this World Book Night please do get in touch. (If you’re not an official WBN giver, there’s no reason you can’t get involved in this scheme although you’ll have to source any books yourself)

GUIDELINES TO SENDING BOOKS TO PRISONERS