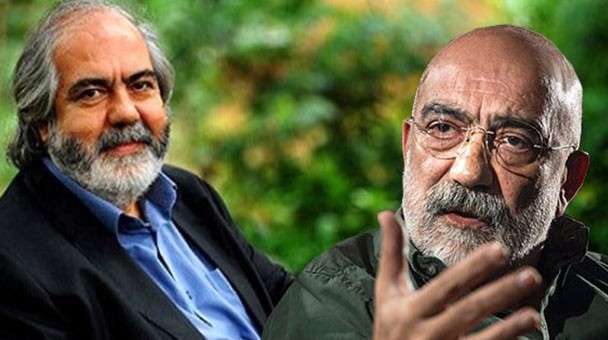 English PEN is extremely concerned to learn that writers Ahmet Altan and Mehmet Altan are facing charges of ‘membership of a terrorist organisation’ and ‘attempting to overthrow the government’, following a meeting with the prosecutor on 21 September 2016.

Novelist and editor Ahmet Altan was reportedly released on probation at dawn on 22 September, but has been placed under ‘judicial control’ and is subject to a travel ban. His brother, the academic Mehmet Altan, was arrested and transferred to prison. The prosecutor plans to appeal the decision for Ahmet Altan’s release and to request his arrest, while the brothers’ lawyers will be appealing the arrest ruling for Mehmet.

‘While we welcome the news that Ahmet Altan has been released, we are very concerned that Mehmet Altan remains in detention,’ said Jo Glanville, director of English PEN. ‘We also strongly condemn the charges against them, which could carry up to four life sentences.’

On leaving the courthouse after an overnight hearing that lasted nearly 12 hours, Ahmet Altan spoke to the press, saying:

This country is ours, we are not afraid. We’ll always defend law and democracy.

PEN has been calling for Ahmet and Mehmet’s release since they were first detained on 10 September 2016. Over 300 writers and artists including PEN Pinter winners Margaret Atwood, Lydia Cacho, David Hare, Hanif Kureishi and Roberto Saviano have now added their voices to a statement in support of Ahmet and Mehmet Altan and the many other writers to have been detained following the attempted coup in July 2016.

PEN continues to call for Mehmet Altan’s immediate release and for the charges against both writers to be dropped. Please join us.

On Friday 23 September, English PEN will be joining our colleagues at Index on Censorship outside the Turkish Embassy in London to call for the release of Mehmet Altan and for all charges against him and his brother Ahmet to be dropped. We will also be highlighting the cases of other writers in detention including the novelist and PEN members Aslı Erdoğan and leading linguist Necmiye Alpay.

Show your support for Mehmet and Ahmet Altan on social media by sharing details of his case with the hashtags:

Please write to your MP urging them to support this Early Day Motion highlighting concerns around freedom of expression in Turkey.