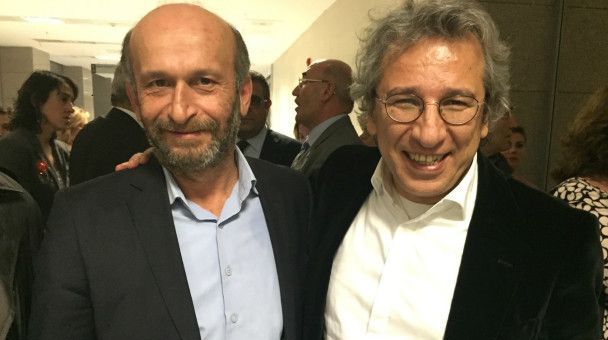 Turkey’s Constitutional Court ruling on Thursday that the imprisonment of journalists Can Dündar and Erdem Gül, for publishing a news story about arms deliveries by the Turkish intelligence service to Islamist groups in Syria, amounted to a violation of their rights is a positive development in the current dire situation for freedom of expression in Turkey, PEN International, English PEN and PEN Turkey said today.

PEN International expects the ruling to pave the way for their immediate and unconditional release and calls for the immediate release of all other journalists and writers held in Turkey for their peaceful exercise of their right to freedom of expression.

Weeks after their arrest, Dündar and Gül applied to the Turkish Constitutional Court for their release, stating that their pre-trial detention was unconstitutional and a violation of their rights to free expression, freedom of the media and to freedom and security. They also asked the court to drop all charges against them as their lawyers were prevented from examining their investigation file as a limitation was imposed on it by a lower court.

PEN has been campaigning for their release since their arrest and will continue to monitor the situation for freedom of expression in the country.