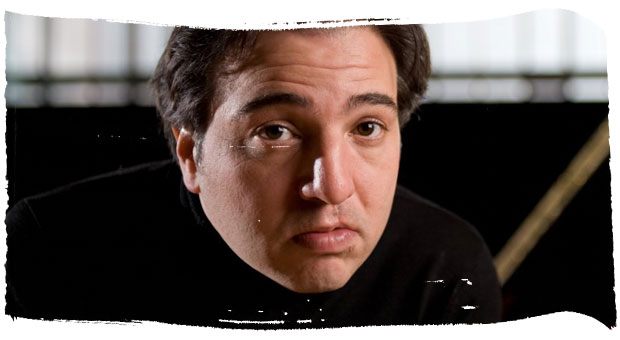 In April 2013, Fazıl Say was given a 10-month suspended sentence in for ‘religious defamation’ in connection with a series of messages posted on Twitter, including a verse attributed to the 12th Century Persian poet Omar Khayyam.

The suspended sentence was later overturned, leading to a retrial in September 2013, at which the sentence was reimposed but again suspended as Say had no previous criminal record.

Following a further appeal by Say and his legal team, in October 2015 the Supreme Court of Appeals ruled by a majority verdict that the tweets should be regarded as freedom of thought and expression and should not be punished. Almost a year later, on 7 September, an Istanbul court finally ordered Say’s acquittal.

PEN welcomes Fazıl Say’s acquittal, though he should never have been convicted in the first place. This clearly demonstrates how Article 216 of the Turkish penal code, which criminalises blasphemy, can be used to unlawfully restrict freedom of expression and we call for it to be amended in line with Turkey’s international human rights obligations.

Fazıl Say received an outpouring of support from UK musicians and writers, including Brian Eno and Ian McEwan, who joined PEN to write an open letter of support to Minister of Justice Sadullah Ergin in protest at the charges against him.

Thank  you to everyone who took action on behalf of Fazıl Say, and please do keep supporting others at risk in Turkey and around the world simply for exercising their right to freedom of expression.