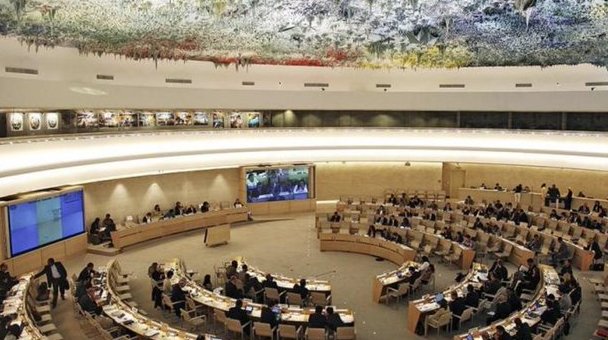 Our colleagues ARTICLE 19 delivered the following joint statement on behalf of a group of civil society organisations during the 42nd Session of the UN Human Rights Council in September 2019.

It is now over three years since the Turkish Government intensified its repressive crackdown against oppositional and dissenting voices in the country. This ongoing freedomof expression crisis demands the Council’s urgent attention.

Although the State of Emergency was lifted in July 2018, the sweeping emergency decrees that enabled the government to pursue its unprecedented crackdown against the media and civil society have now effectively been absorbed into the ordinary legal framework.

Since the 2016 coup attempt, at least 180 media outlets have been forcibly closed. Over 220,000 websites have been blocked. At least 132 journalists and media workers are behind bars, and hundreds more have been prosecuted as terrorists, solely for their journalistic work, in the absence of any credible or even individualised evidence.

The rule of law is being systematically dismantled. Trials are increasingly Kafkaesque as the executive’s grip on the judiciary has continued to tighten.  Journalists Ahmet and Mehmet Altan and Nazli Ilicak were initially forced to defend themselves against charges that they sent ‘subliminal messages’ in support of the coup attempt. Civil society activists and media workers have faced prosecution simply for allegedly downloading the secure communications app ‘Bylock’. In recent months, the government has even sought to rewrite history, charging 16 leading civil society figures who participated in the peaceful 2013 Gezi Park protests with attempting to overthrow the government. Osman Kavala is in his 24th month of pre-trial detention, in a flagrant violation of his fair trial rights.

Last week, whilst the convictions of six of his Cumhuriyet colleagues were overturned, Ahmet Şik was served new, unfounded charges including propaganda for a terrorist group and ‘insulting the Turkish state’ that may see him sentenced to 30 years in prison. This judicial harassment follows a violent attack against Şik by police on 20 August, during a protest in front of an Istanbul Court against the dismissal of three opposition mayors in three cities in the South East. No one has yet been held accountable.

We call on all States at this Council to use their voice and urge Turkey to change course, and take immediate steps to restore the rule of law, and end its assault on media freedom and civic space.

I thank you, Mr. President.